“I have had the pleasure of working with Paul since he joined the Community Services Department in 2010,” said Paul Mitcham, Commissioner, Community Services. “Paul’s wealth of experience will serve him well as he continues to lead his team through sound leadership, guidance and excellence as they continue to deliver impressive culture programing within the community.”

Reporting to the Commissioner, Community Services, Damaso will be responsible for managing all business functions of the Culture Division including responsibility for Museums of Mississauga, Heritage, Cultural Planning, Public Art, Meadowvale Theatre, Mississauga Celebration Square, Culture Programs and the Film Office.

In his previous role, Damaso was the Manager of Celebration Square before becoming Manager, Culture Operations. Prior to joining the City, Damaso held roles including the Manager of Children and Youth Services with St. Christopher House, Director of National Projects with ParticipACTION, Project Manager with the Ministry of Consumer and Business Services and Executive Director of Brampton Safe City.

Damaso joined the City as Manager of Corporate Marketing and Promotions in 2005.

Damaso holds a Bachelor of Arts (Honours) from York University and a Master of Business Administration (MBA) from the University of Leicester. 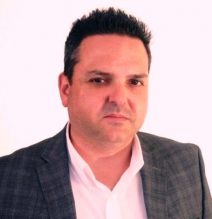 Cutline: Paul Damaso has been appointed as

the new Director, Culture Division for the City of Mississauga.