“Today’s meetings with Finance Minister Morneau were an important opportunity to discuss the city-building priorities identified in the City of Mississauga’s 2016 pre-budget submission to the federal government,” Mayor Bonnie Crombie said. “We have consistently advocated for dedicated and predictable funding for public transit and infrastructure, new opportunities to ignite local economic development to attract job-creating investments, and increased support to build more affordable housing in an effort to build a more complete city. Of note, we discussed Mississauga’s efforts to bring all-day, two-way GO Train service to the Milton and Kitchener GO Train lines, with the Missing Link Plan.”

“Today’s meeting with Mayor Crombie was a great opportunity for us to discuss how we can work together with cities like Mississauga to advance some of the highest priorities for middle class families,” said Minister of Finance Bill Morneau. “Investments in public transit and community infrastructure not only sustain and grow the economy long-term, they also help dad get home for his daughter’s soccer game, reduce emissions and lead to a better quality of life for everyone. Over the next 10 years, our government will make historic investments in infrastructure to improve public transit, reduce traffic, create and repair affordable housing, and much more.”

The visit concluded with a visit to Therapure Biopharma, a global contract development and manufacturing organization located in Mississauga.

“The City of Mississauga has clearly outlined priorities for the future which include transit, transportation and infrastructure,” said Janice Baker, City Manager and Chief Administrative Officer. “Today was a great opportunity to highlight those priorities and showcase investment opportunities for a continued partnership with the Federal Government that will benefit the citizens and businesses of Mississauga.” 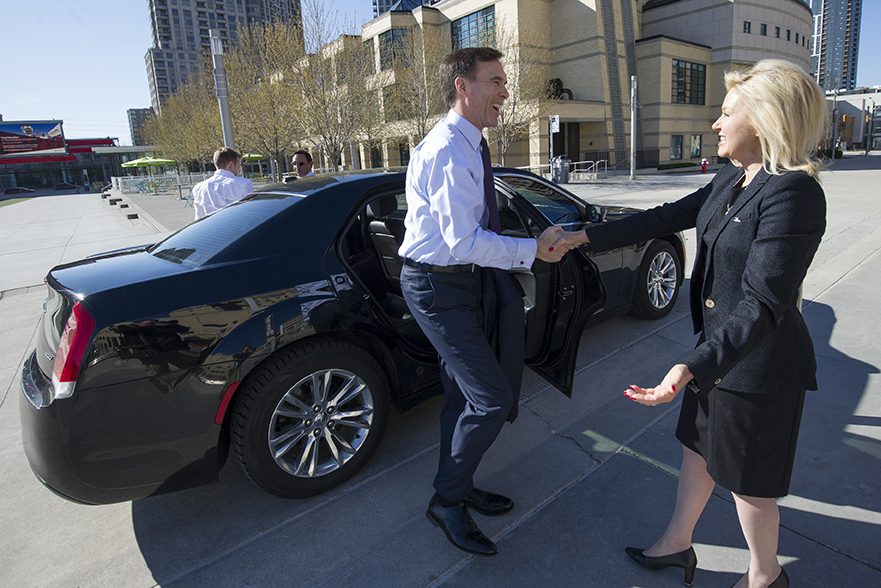 Minister of Finance Bill Morneau is greeted by Mississauga Mayor Bonnie Crombie as he arrives at Mississauga City Hall this morning. 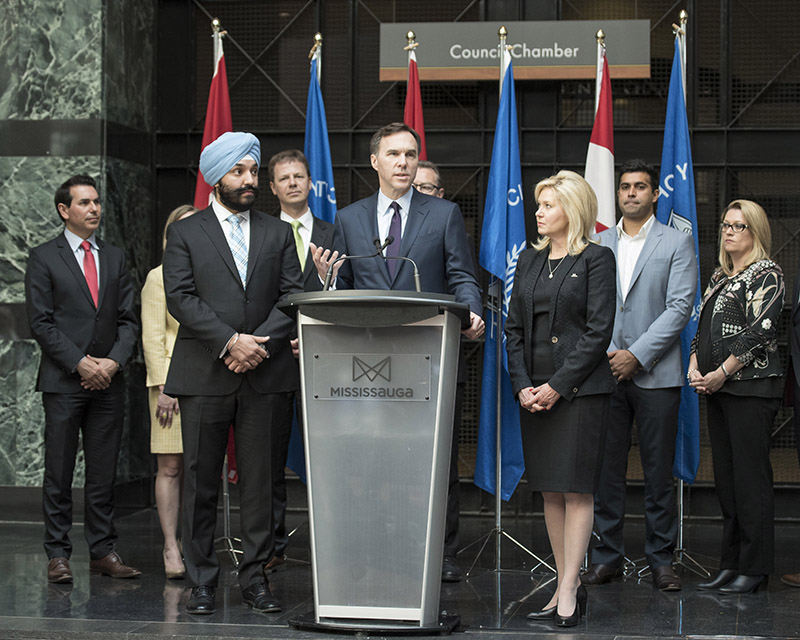