This week, Council approved a partnership to build and operate an indoor tennis facility, a temporary exemption for food trucks location requirements and a motion requesting an interim cap on green house gas (GHG) emissions from Ontario’s gas-fired power plants and a plan to phase-out all gas-fired electricity generation by 2030.

“We are continuing our COVID-19 recovery efforts here at the City and we are hoping that we will begin to see some businesses reopen very soon. In the meantime, we need to continue being vigilant, act responsibly and follow public health advice so we can ensure that when businesses do open, they stay open,” said Mayor Bonnie Crombie. “This week, we also continued other important work ensuring Mississauga remains a great place to live, work and raise a family. We approved a partnership to add an indoor tennis facility to Mississauga, made it easier for food trucks to operate, and approved a motion requesting the provincial government place an interim cap on GHG emissions from Ontario’s gas-fired power plants and that they create a plan to phase-out all gas-fired electricity generation by 2030.”

Council gave the City authority to enter into a partnership with the Premier Racquet Club to build and operate an indoor tennis facility at Churchill Meadows Sports Park in Ward 10. The facility will serve the needs of recreational and competitive players in the community, while providing opportunities to host provincial, national and international sporting events in Mississauga.   Premier Racquet Club will fund part of the cost of the facility while also operating the covered courts year-round. The new facility will offer a variety of affordable, competitive and recreational programs, including tennis and pickleball, which will serve tennis enthusiasts and attract new players from all social and economic backgrounds.

Council approved a motion that requests the Government of Ontario to place an interim cap of 2.5 megatonnes per year on GHG emissions from Ontario’s gas-fired power plants and a plan to phase-out all gas-fired electricity generation by 2030 to ensure that Ontario meets its climate targets.

The resolution will be sent to the Premier of Ontario, Minister Environment, Conservation, and Parks, the Minister of Energy, Northern Development and Mines, all Mississauga Members of Provincial Parliament as proposed by the Ontario Clean Air Alliance.

The motion was raised by Ward 8 Councillor Matt Mahoney.

Council approved a temporary exemption to the 500 metre separation between a full-service food truck and a business selling similar products on private property until September 30, 2021.  Written permission will be required from the property owner for the food truck to be on the site and a letter of no objection from Business Improvement Areas and a majority of similar businesses within the 500 metre (1640 feet) distance. A maximum of two food trucks will be allowed on a property with a minimum distance of 30 metres (100 feet) between each.

The motion was raised by Ward 9 Councillor Pat Saito. 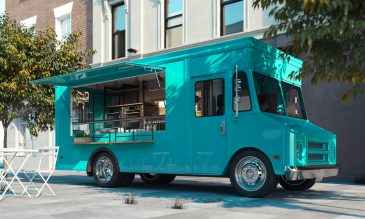