Last week, Mayor Bonnie Crombie and staff from the City’s Economic Development Office (EDO) attended the 53rd annual International Paris Airshow. This year, the Airshow featured more than 300 exhibitors from 98 countries, making it the largest aerospace event in the world. The event showcases innovation in aviation and attracts business investment globally. Nearly a dozen Mississauga aerospace companies were in attendance at the Airshow.

As part of the Southern Ontario Airport Network (SOAN) delegation, consisting of airports from around the Region including the Toronto Pearson International Airport, Mayor Crombie and EDO staff met with international aerospace companies to promote Mississauga, as Canada’s largest aerospace cluster by number of businesses and employment. The meetings focused on identifying investment opportunities that will bring jobs, along with industrial and commercial tax assessments to the city. In addition, the delegation also met with global aerospace experts, stakeholders and various levels of government to strengthen and create new partnerships that will encourage synergy with local supply chain manufacturers specializing in the aerospace industry.

“As the Mayor and Chair of the Southern Ontario Municipal Aerospace Council, my goal is to bring new investment to Mississauga and the Southern Ontario Region that will spark job creation, innovation and place us as a prime destination for aerospace companies looking to invest.”

“As the largest aerospace exhibition in the world, the Paris Airshow is one of the key platforms that will help elevate and showcase Mississauga and Southern Ontario to the world,” said Mayor Bonnie Crombie. “I am proud to say that our aerospace manufacturing sector has grown by 61 per cent over the past five years making Mississauga the fastest growing municipality with an aerospace sector in Canada. We are home to an impressive talent pool including world-renowned scientists, experts and engineers that have built us into a world leader in manufacturing turboprop aircrafts, business jets, turbine engines, landing gear systems, avionics, environmental systems and space robotics.”

By strengthening relationships with the SOAN, Mississauga will help Southern Ontario’s aerospace sector continue to be a major driver of employment, innovation and productivity for generations to come.

“With a diverse range of aviation assets and access to almost 80 per cent of the world’s economy with daily service, Southern Ontario is a premier location for the aerospace investment,” noted Howard Eng, President and CEO of Toronto Pearson International Airport. “The Southern Ontario Airport Network delegation at the Paris Air Show 2019 took this message of opportunity to a receptive global aviation community. SOAN’s delegation was fortunate to have Mississauga Mayor Bonnie Crombie and Barrie Mayor Jeff Lehman as ambassadors for the region and their communities.” 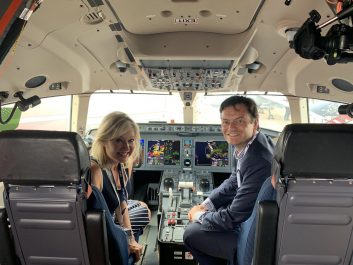 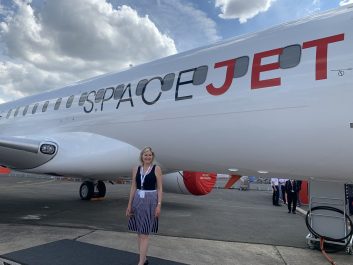 Mississauga is a global aerospace leader. The city is known in the aerospace community for its attractiveness and strategy in the aerospace sector including:
Media Contact:
Jamal Robinson
Senior Communications Advisor
City of Mississauga
905-615-3200, ext. 5214
Jamal.Robinson@mississauga.ca
TTY: 905-896-5151