Ayomide Bayowa is the City of Mississauga poet laureate. He will serve a 30 month term from 2021-2024.

Role of the poet laureate

This honourary position recognizes a poet who writes excellent poetry or spoken word and has written on themes relevant to the citizens of Mississauga.

The poet laureate’s role is to elevate the status of poetry, literary arts and writers within their communities and beyond. 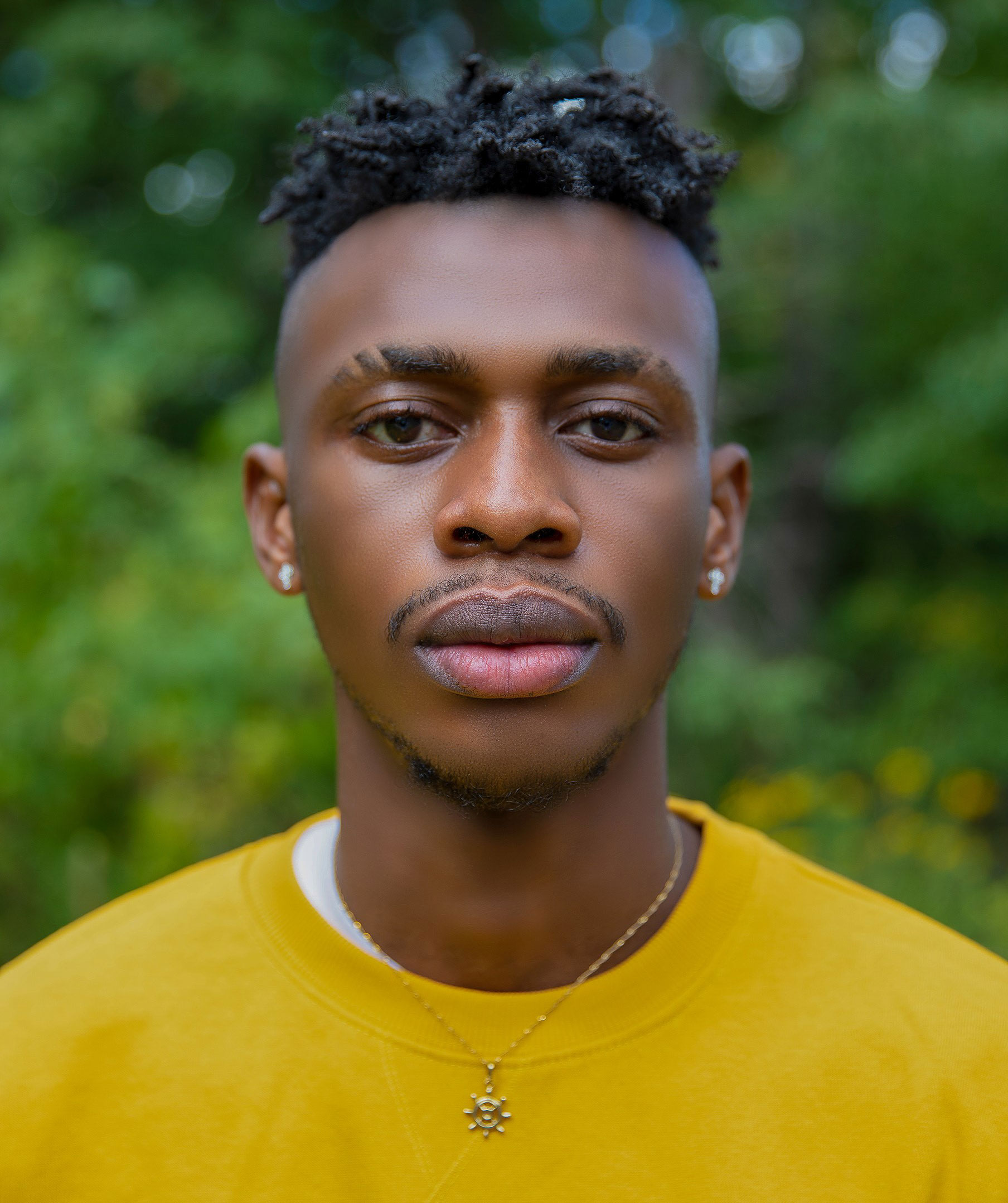 Ayomide Bayowa is a Nigerian-Canadian poet, filmmaker and student of Theatre Studies and Creative Writing at the University of Toronto. He was long-listed for the 2018 Nigerian Students Poetry Prize and short-listed for both the 2018 Eriata Oribabhor Poetry Prize (EOPP) and the 2019 Christopher Okigbo Interuniversity Poetry Prize.

In 2020, he was the runner-up of the On-Spot Poetry Writing Contest and winner of the 2020 Open Drawer Poetry Contest. He was the runner-up of the University of Toronto “ELLY-IN-ACTION” Virtual Competition in 2021, a top-10 gold entrant of the 9th Open Eurasian Literary Festival, London, England. He is the first-place winner of the June/July 2021 edition of the bi-monthly Brigitte Poirson Poetry Contest (BPPC) and a semi-finalist of the 2021 Cave Canem Poetry Prize.

Bayowa is the editor-in-chief of the Echelon Review and is a poetry reader for Adroit Journal. His work has been published in Barren Magazine, Agbowo, African Writers, Kreative Diadem, Stone of Madness Press and Guesthouse among others. His first Chapbook, “Stream of Tongue; Watercourse of Voices,” was published by Poets in Nigeria in 2018.

Paul Edward Costa is a writer, teacher, and spoken word artist. He has published over sixty stories, poems, and articles in literary journals worldwide. He performs spoken word at a variety of poetry events as an open mic or featured artist.

Paul regularly gives talks at meetings of The Mississauga Writers’ Group, hosts and curates The YTGA Open Mic Series at Studio.89, and is co-organizer of the Mississauga Arts Council’s series Verses Out Loud: A Spoken Word and Poetry Open Mic.

Paul earned a Specialized Honours BA in History and a BA in Education at York University. He teaches high school English and History with the Peel District School Board.

As a poet and public speaker, the voice of Wali Shah has reached audiences across the country.

From hundreds of schools, TEDx Talks, and collaborations with national organizations such as The CFL and Canada’s Walk of Fame, Wali has become an icon for social advocacy and custom curated content.

His performance with Microsoft reached 16,000 people at the Air Canada Center. Since then, Wali’s personality, style, and captivating delivery have inspired companies across North America.

Wali recently completed his post-secondary education, graduating from the University of Toronto. He is an ambassador for the Bell Let’s Talk campaign, and has helped in raising over one million dollars for United Way.

At 24 years of age, Wali is a creative force, with collaborations that include free-styling with hip-hop artist, Kendrick Lamar. From boardrooms to classrooms, Wali uses his art of storytelling to empower audiences and inspires them to empower others.

Anna Yin is the author of five books of poetry including “Wings Toward Sunlight” and “Inhaling the Silence.”

She is the Ontario representative for the League of Canadian Poets, has been featured on CBC radio and has read her poetry on Parliament Hill.

She is the recipient of several awards including the Ted Plantos Memorial Award, two MARTY Literary Arts Awards and the Chinese Professionals Association of Canada Professional Achievement Award.

Her poem “Still Life” was part of the Poetry in Transit project featured on buses across Canada in 2013.

Anna has actively promoted poetry and hosted many events in Mississauga and across Ontario. Her poetry collection “Seven Nights with the Chinese Zodiac” was published in 2015.

Anna Yin was born in China and immigrated to Canada in 1999. She currently lives and works in Mississauga.

Qurat Dar is the City of Mississauga youth poet laureate. She will serve a two year term from 2021 to 2023.

Role of the youth poet laureate

The role of the youth poet laureate is to serve as a literary ambassador for youth in the City of Mississauga. Qurat will aim to elevate the status of poetry, literary arts and young writers in the community. 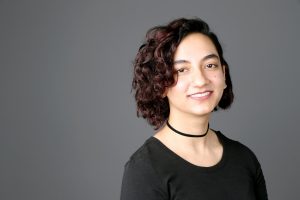 Qurat Dar is a spoken word artist, organizer, multi-genre writer, and the 2020 Canadian Individual Poetry Slam (CIPS) National Champion. She was also a 2019 recipient of the Ron Lenyk Inspiring Youth Arts Award and a 2018 Best of the Net finalist.

Her work has appeared in Canthius, Augur Magazine, and the Art Gallery of Mississauga, among other places.

Qurat is currently pursuing a Master’s in Applied Science in engineering at the University of Guelph and is deeply interested in the intersections between the sciences and the arts, especially in the context of the climate crisis.

Pujita Verma believes that poetry is a way in which we can cherish small miracles and keep moments alive forever. Her journey with poetry branches from an abiding interest in creative writing and the literary arts.

When Pujita isn’t writing or reciting, she’s saving the planet, volunteering, or studying in her first year at the University of Western Ontario.

As Secretary for Ink Movement Mississauga, Pujita has volunteered for nearly two years to help make tools for self-expression more accessible for youth in the city.

She has been a member of her school’s Student Writer’s Guild since 2014, performed at slams across the GTA, and is also a National Finalist for the 2018 Poetry In Voice Recitation Competition.

Her work reflects mental well-being, life, the environment, and the miraculous nature of seemingly ordinary things.

Pujita strives to provide platforms through which youth can explore poetry, find their voices, and uncover their own creativity.

Rebecca Zseder is a second year student at the University of Toronto Mississauga Campus. She is currently enrolled in the English Specialist Program.

She has been a member of her school’s Improvisational Acting Team since 2013 and has competed at the National Level three times, bringing home gold in 2013 and bronze in 2016.

She began her poetic endeavours with the work of William Shakespeare. This interest blossomed into spoken word poetry when joined with her love of free speech for the public ear.

Her poetry is often centred around everyday life, strife, and social issues in need of attention. Her goal is to inspire youth, like herself, to discover art in poetry.

For more information about the poet laureate program, email kathryn.garland@mississauga.ca.