We are all here

We are all here is an outdoor public art installation in Erindale Park, featuring flags of watercolour paintings of various animals found in Credit River Watershed.

Can you spot them all? 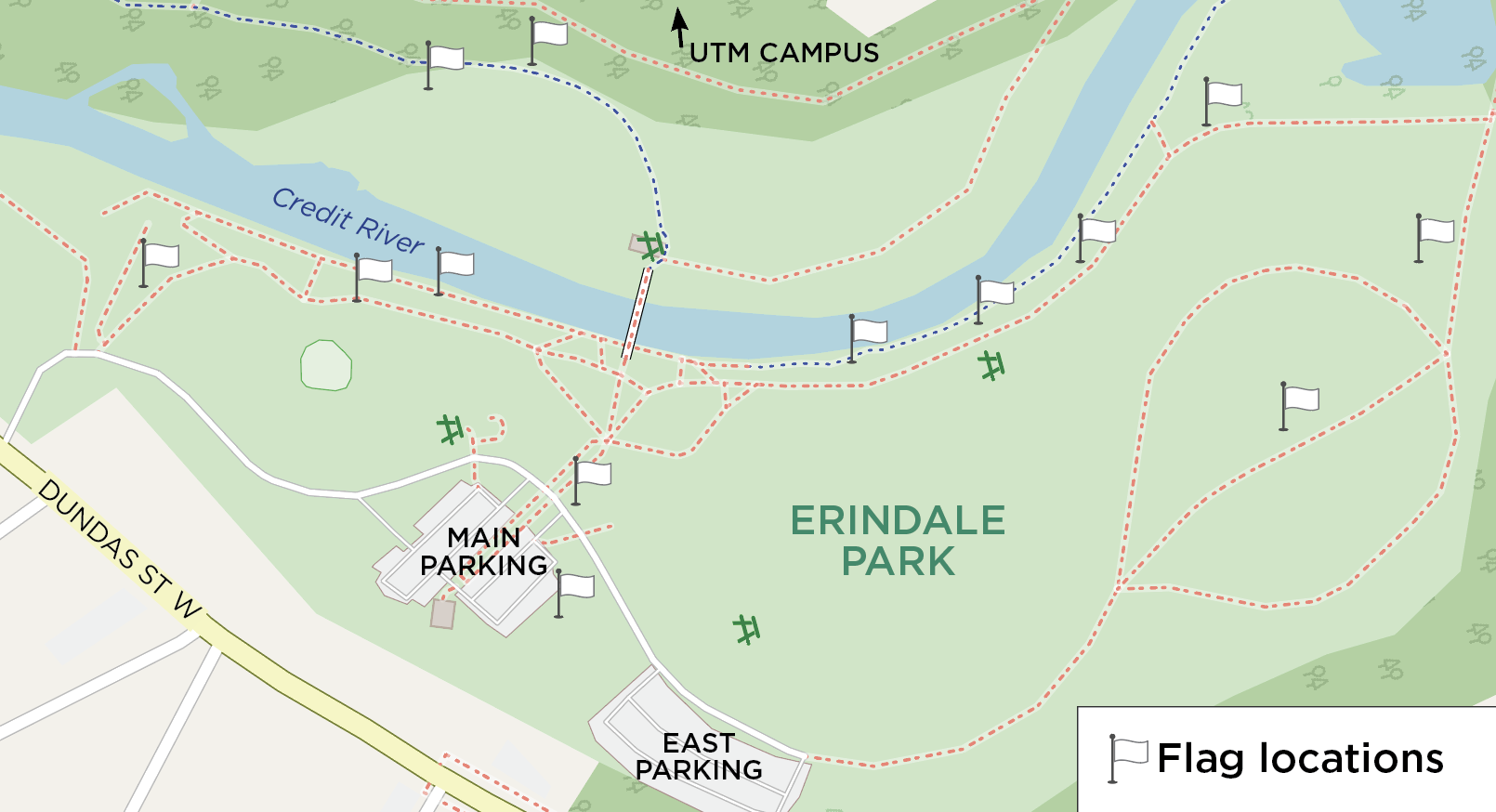 There are twelve digitally printed 32” x 32” two-sided vinyl flags hung in trees spread throughout the park. Each flag is based on a watercolour of species found in Credit River Watershed, currently and historically, including six at-risk species, species whose numbers are declining to the point of concern about their potential disappearance from the region. 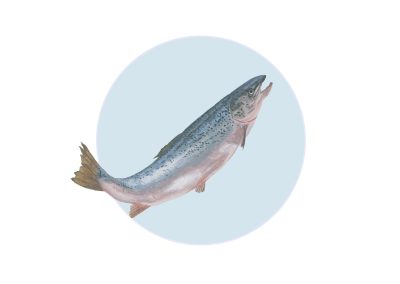 Atlantic Salmon were eliminated from Lake Ontario in 1898 and, in the following century, Pacific salmon were stocked in the lake. Salmon spend their adult life in the lake before making their way up rivers and creeks to spawn. With improvements in water quality and stream habitat in the last few decades, an Atlantic salmon restoration program was initiated in 2006 to reintroduce Atlantic salmon to its historical range. 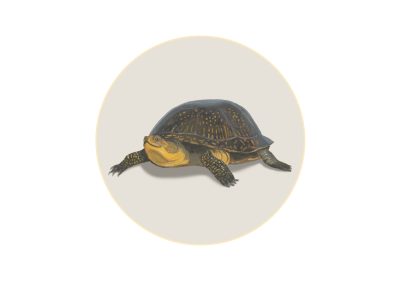 Blanding’s Turtles are easily identified by their bright yellow chin and round shell. Rare in southern Ontario, the Blanding’s turtle spends its time in wetlands but requires open habitat on land to lay its eggs. 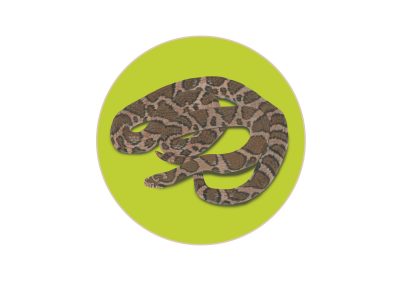 Eastern Milksnake though often confused with a rattlesnake, is harmless to humans. It feeds primarily on small rodents such as mice, spending its time in grasslands and woodlands. 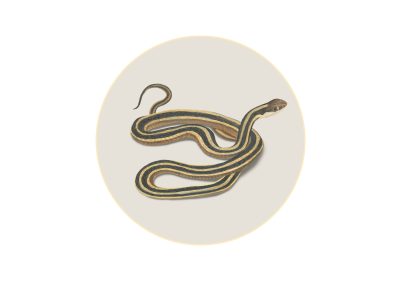 Eastern Ribbonsnakes spend most of their time in and around water searching for its main source of food, frogs. In the winter, ribbonsnakes move to underground burrows on land to hibernate. The loss of wetlands is the leading reason for the decline of this species in Southern Ontario. 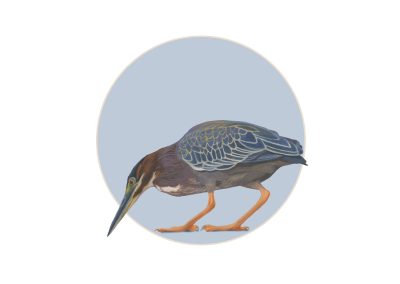 Green Heron is a relatively common beautiful bird that often goes unseen as it spends its time amidst the vegetation at the water’s edge. Green herons are one of the few bird species that is known to use tools, luring fish with twigs and insects. 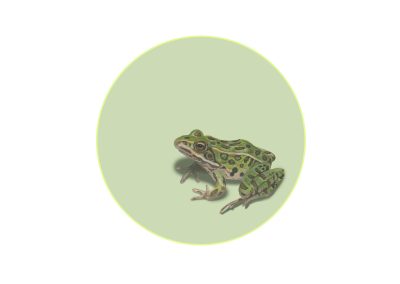 Northern Leopard Frogs can be found in wetlands and grasslands sometimes far from open water. They hibernate and breed in waterbodies. 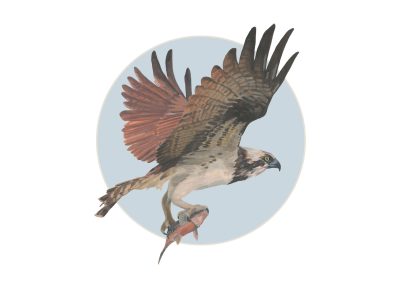 Ospreys are brown and white large hawks that spend almost all their time at the water. This bird can be seen diving underwater to catch its prey, live fish. 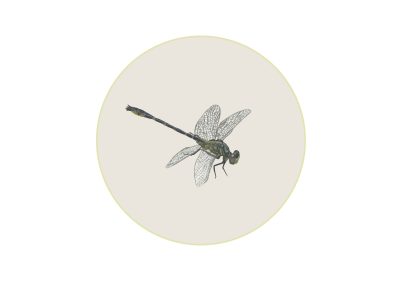 Rapids Clubtail is a rare dragonfly species that was last documented in the Credit River watershed at Erindale Park in 1939. Males are found along cool large rivers where they perch on rocks. Females on the other hand, live in the forests along the rivers and visit river shallows to mate and lay eggs. 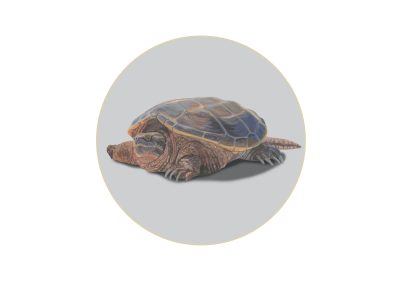 Snapping Turtles can be found in shallow water cruising along the bottom amidst the mud. They come out of the water rarely to bask or nest. Unlike other turtles, snapping turtles can’t retract fully into their shell and must use their powerful jaws to defend themselves when threatened on land. 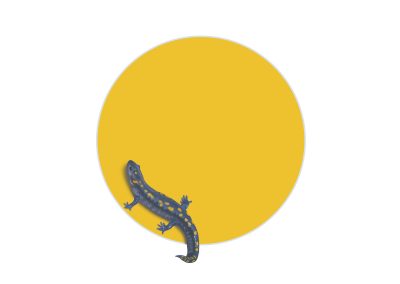 Spotted Salamander lives in moist forests that have pools of open water in spring for breeding. They are difficult to spot spending most of their time hidden from view on the forest floor or underground. 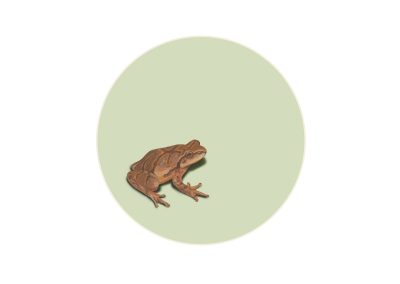 Northern Spring Peeper is a sensitive frog with a brown X on its back and a distinctive breeding call. It breeds in small woodland pools and spends most of its adult life in the leaf litter on the forest floor. 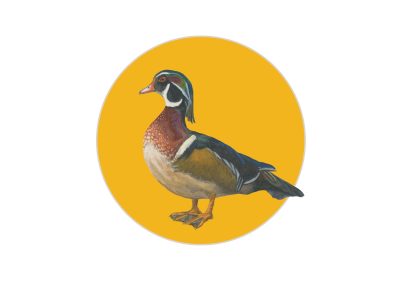 Wood Ducks are unique in its beautiful plumage and habitat. Unlike most ducks, wood ducks nest in cavities in trees. They are found in specific areas with water and established treed areas (older trees are larger in size and may have developed cavities over time to provide a nesting spot) in close proximity to each other.

In order to have a thriving watershed, the health of the river and the health of the land are interconnected. The species reflected in We are all here rely on the river, for fresh water, for food sources found in the river, and directly or indirectly as a habitat, as the river is vital to the ecosystem of the Credit River Watershed. The project speaks to the importance of the ongoing conservation efforts, habitat restoration, and park growth, of which Erindale Park is an example.

This public artwork was commissioned by the City’s Public Art Program, in partnership with Parks, Forestry & Environment Division.

Chantal Rousseau has been a practising artist for over 20 years. Her work has been exhibited across Canada and internationally, including: Hallwalls Institute of Contemporary Art, Buffalo; Canadian Cultural Centre, Paris; The New Gallery, Calgary;  Latitude 53, Edmonton; Mercer Union, Toronto; and La Centrale, Montreal. She has participated in digital exhibitions including the Widget Art Gallery and the wrong biennale. Her GIFs were featured as GIF of the Day on the New York art blog Art F City in 2014. She has a solo exhibition at the Agnes Etherington Art Centre in Kingston, Ontario, running until December 6, 2020. She was recently awarded the commission for Paved Paradise, a temporary public art project administered by the City of Kingston, consisting of 7 billboards in the downtown core that will be on display until November 2020.

Chantal Rousseau has been involved in multiple artist collectives, including the Agitated Plover Salon, a group of Kingston-based artists who exhibited in non-traditional spaces in 2013 to 2014, as well as the Toronto-based collective Personal Volare, who were active from 2000 to 2009. She is a graduate of the University of Guelph (MFA), and Emily Carr Institute of Art and Design (BFA). She currently resides in Kingston. 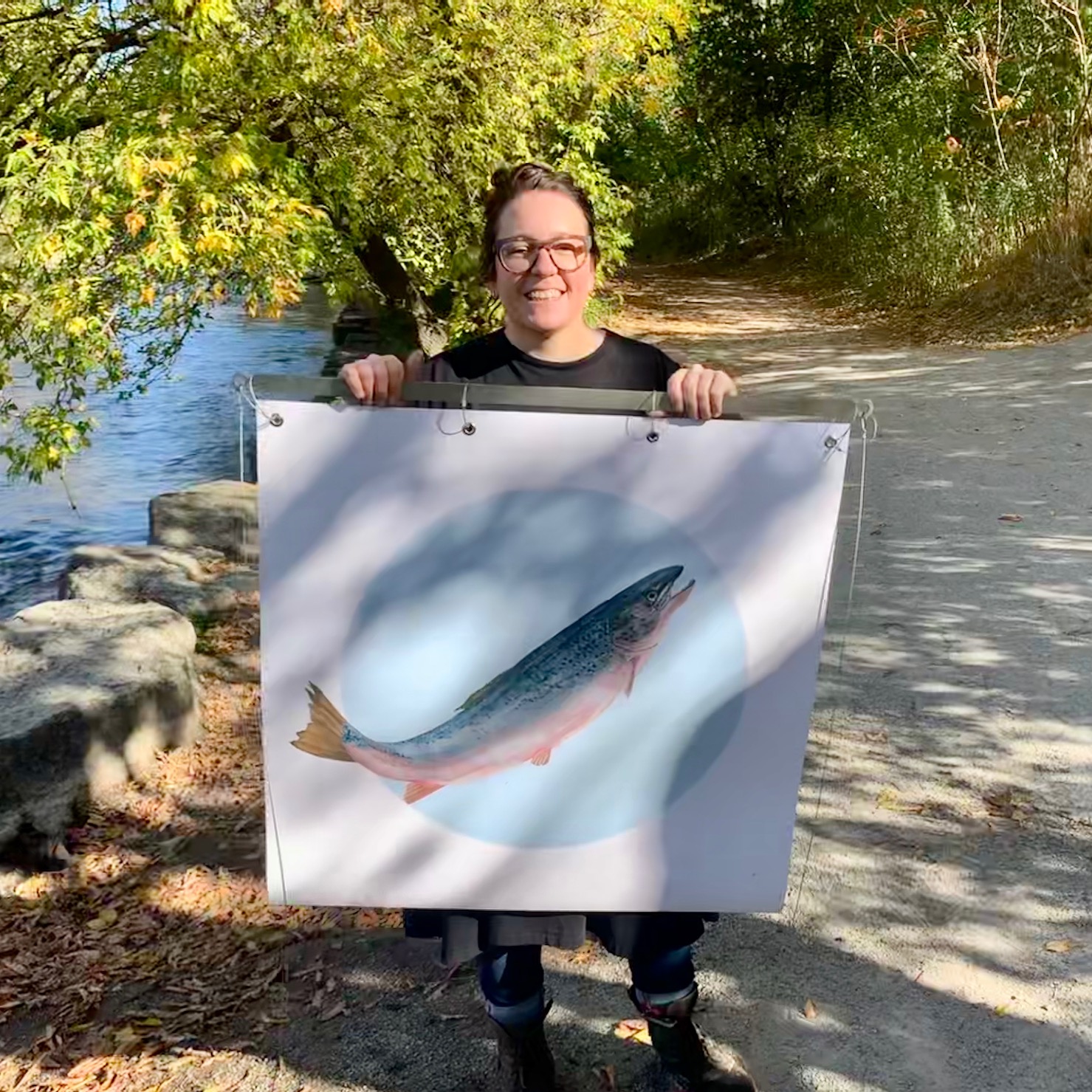