Immersion by Justyna Werbel is one of over 35 public artworks on display across the City of Mississauga. It is currently being exhibited on the third floor of the Living Arts Centre, just outside the main elevators. 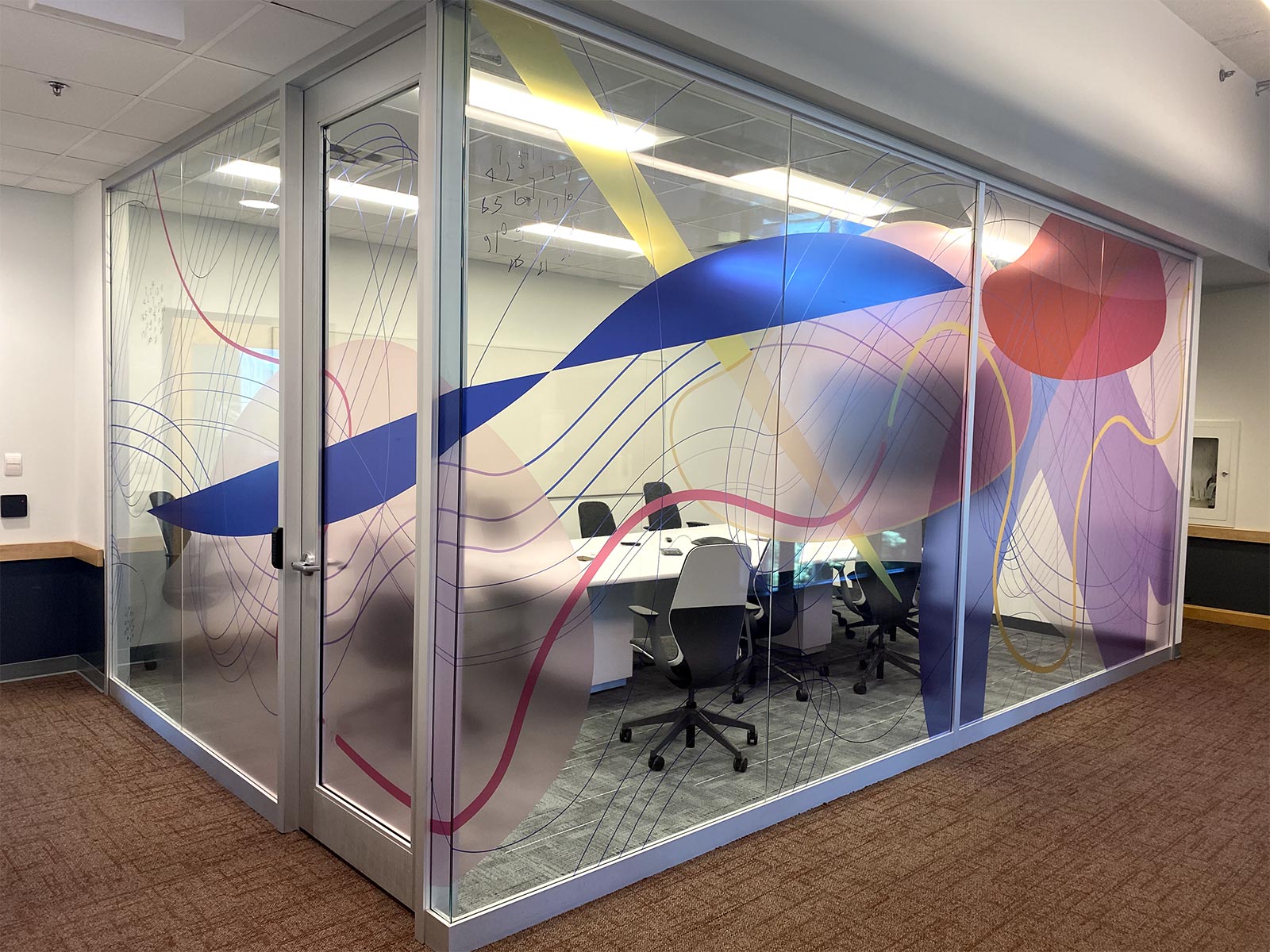 Immersion is a large-scale sound drawing, created using archived and recently recorded audio files from past and present events at the Living Arts Centre.

Amongst the drawing are the sounds of glass blowers clipping their work, the turning of the ceramic studio’s wheel, stage performers asking the crowd to inhale and exhale collectively, a group of boys break dancing in the front foyer after school, an audience erupting with loud clapping after a dance performance, the sound of feet repeatedly hitting the performance platform and a band rehearsing Aladdin’s ‘A Whole New World’.

The artist transcribes selected audio bits with precision similar to a musical score, while simultaneously allowing creative expression to combine multiple audio movements into one coherent composition. The score is then printed and placed on several panels of glass, allowing the lines to appear as if they are in mid-transition, a snapshot of a fleeting moment, a sound that has been captured passing in midair. This installation intends to transport and gently push the viewer into an otherworldly perception of sound; filled with interwoven forms and lines, an alternative interpretation of how we perceive the aural in a visual form.

Justyna Werbel works both as an active visual artist and curator. Werbel’s practice explores acute sonic awareness by interpreting audio recordings into visual sonic masses in motion. These works are meticulously developed into large and small scale drawings on paper, glass, and canvas. Werbel investigates this practice through inhabiting and becoming sonically aware of her invisible topography, focusing on the body in a space that both receives and produces sounds. While some of her transcriptions are taken from minimally edited mono recordings made using a mobile phone which document the everyday experiences of the recordist, others are extracted from archived audio material. These detailed transcriptions are made with hand-crafted tracing tools she has acquired and designed over several years of research and studio-based practice. Werbel has both exhibited and presented in Poland, Germany, Israel the Czech Republic, Uruguay, Brazil, India, and Canada.

Previously Werbel led the head of the productions department in Poland’s newest Centre for Contemporary art TRAFO, where she spearheaded and curated the Plug In Project Room, an experimental space dedicated to supporting both local and international emerging artists.