The City of Mississauga has appointed Mickey Frost as Director, Works Operations and Maintenance effective November 2, 2016 following a hiring competition. Frost has been the City’s Director of Enforcement since 2011.

“Mickey has been an integral part of the Transportation and Works Department for the past 12 years,” said Geoff Wright, Commissioner, Transportation and Works. “His extensive knowledge, background and experience in, Animal Services, Compliance and Licensing, Mobile Licensing, Parking Enforcement and Transit will be an asset in his new role managing the City’s Works Operations and Maintenance Department.”

Reporting to the Commissioner, Transportation and Works, Mickey will be responsible for managing all business functions of the Works Operations and Maintenance division including responsibility for Works and Technical Services, Fleet, Municipal Parking, Office Services and Traffic Management.

Frost joined the City as Manager, MiWay in 2004.

Frost holds a Honours Bachelor of Arts in Business Administration, and a Master of Public Administration from the University of Western Ontario. He is also a Certified General Accountant and has completed the Seniors Executive Fellows Program from the Kennedy School of Government, Harvard University. 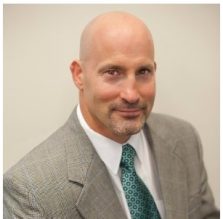 Cutline: Mickey Frost has been appointed as the new Director of Works Operations and Maintenance for the City of Mississauga.