The City of Mississauga presented the United Way of Peel Region with a cheque of $225,890.08 at Council today. This is the most the City’s annual employee campaign has ever raised for the United Way beating last year’s donation by over $13,000.

“The United Way is a cherished local organization and I am proud to see the continued generosity of our employees to give to those in need,” said Mayor Bonnie Crombie. “To be able to break the record year after year shows great enthusiasm on behalf of our staff.”

From January to December of 2016, employees donated and raised money through fundraising events including The Mayor’s Purse and Accessory Sale, silent auctions, an internal pledge drive, paid dress down days and bake sales.

“It is wonderful to have such a record-breaking year and to be able to make a difference,” said Janice Baker, Mississauga City Manager and Chief Administrative Officer. “As an organization, we are proud to support the United Way of Peel Region and help those in our community.”

During the presentation, the United Way Steering Committee was awarded the 2016 Ray Foster Award. The internal award recognizes City of Mississauga employees who went above and beyond in demonstrating commitment and dedication to the campaign.

For almost three decades, the City of Mississauga has participated in the United Way of Peel Region’s fundraising campaign and has raised more than $3.28 million to date.

For more information on the United Way of Peel Region, visit unitedwaypeel.org 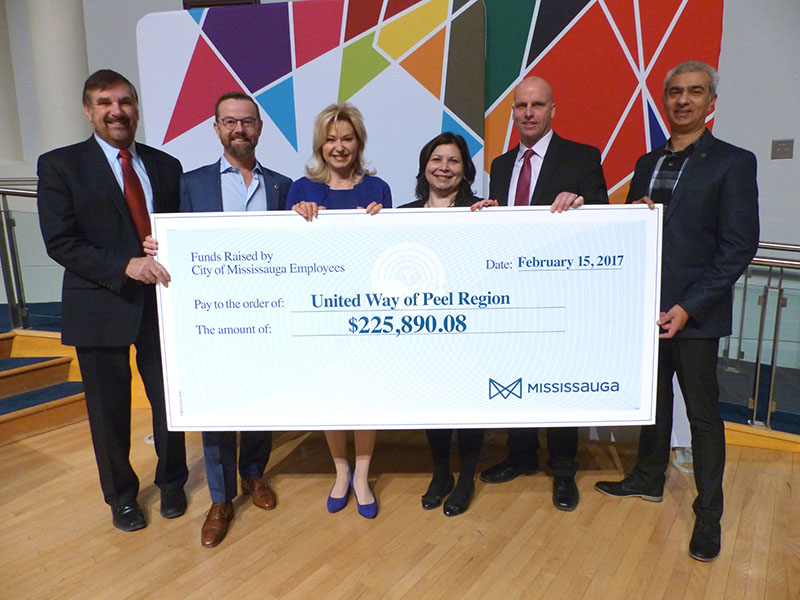 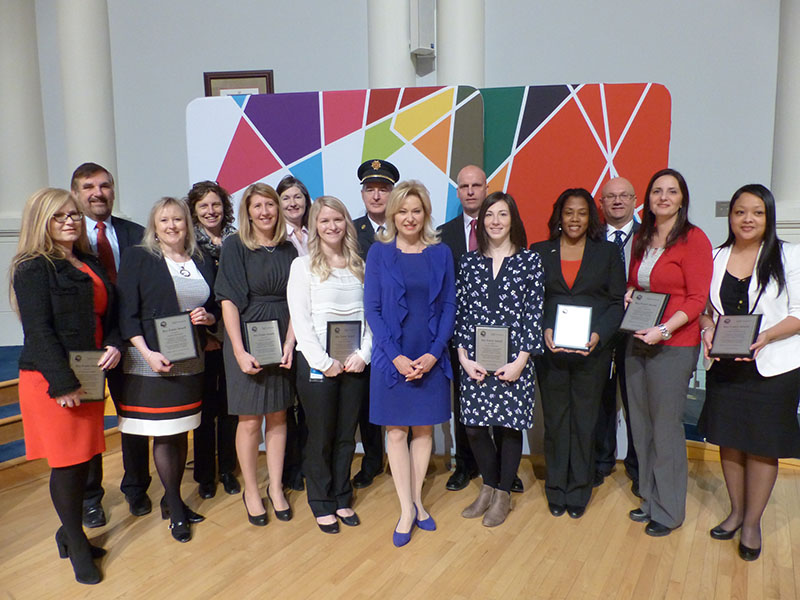