The new Kipling Bus Terminal is part of the Kipling Transit Hub project to bring together TTC, MiWay and GO Transit in one convenient location.

This Metrolinx-owned terminal is located next to the TTC Kipling Subway and Bus Station in Toronto. MiWay buses at this new terminal are located on platforms 3 to 6 and 11 to 16.

Accessible indoor and outdoor paths are available between the TTC Kipling Subway Station and the new Kipling Bus Terminal. 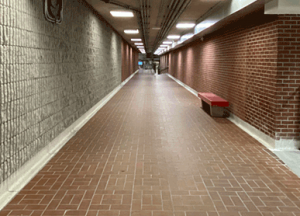