“This award is wonderful recognition. It highlights the City’s commitment to working with citizens to realize positive and innovative solutions to the complex challenges we are facing today,” said Mayor Bonnie Crombie.  “The City is well known for its commitment to excellence in managing its infrastructure.”

“This is a proud moment for our community,” said Sue McFadden, Councillor for Ward 10. “I appreciate the hard work of all those involved in the study and the efforts to prevent further basement leaks in the face of such a challenging situation for so many of our Lisgar residents.”

“Work will begin this year on infrastructure improvements in this community,” said Helen Noehammer, Director Transportation and Infrastructure Planning.  “It was a comprehensive investigation of a number of factors to determine the causes and solutions for the problems in the Lisgar community.” 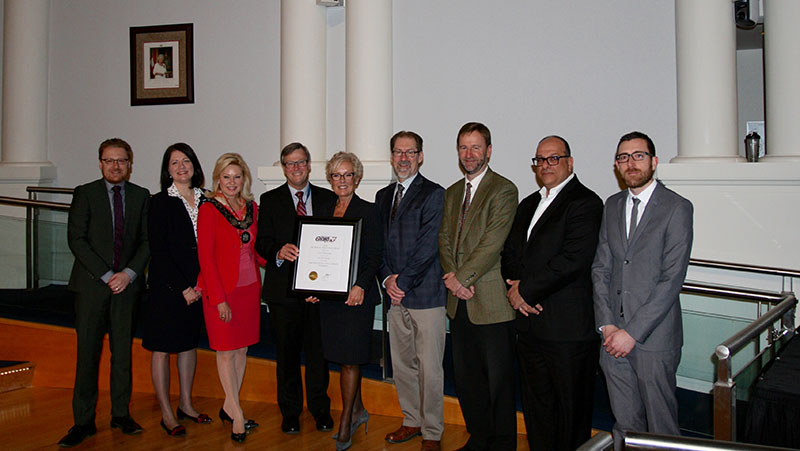 The City undertook a number of actions, including:

The study was completed in March 2015 with findings of the investigative study representing a significant step in understanding the causes of a complex basement water infiltration issue in the Lisgar District. The highest priority mitigation measures are currently being implemented as part of the Lisgar District Implementation Project to improve the drainage system’s performance and reduce the risk of future basement water infiltration.