City Wins Three ‘Project of the Year’ Awards for Construction

The City of Mississauga was presented with three Project of the Year Awards by the Ontario Public Works Association (OPWA).

Today at City Council, the City of Mississauga was presented with three Project of the Year Awards by the Ontario Public Works Association (OPWA) for construction projects completed in 2018.

The awards were received for the following construction projects completed in 2018.

“These awards recognize the important city-building and transformational work happening across our City.”

“Mississauga is proud to be recognized for our excellence in the delivery of our public works projects,” said Mayor Bonnie Crombie. “We are actively investing and building Mississauga into a world-class city that is ready for the future. We continue to invest in the maintenance and enhancement of our infrastructure; increase our stormwater management resiliency and build a connected transit system.”

The OPWA awards program was established to recognize outstanding organizations, groups and individuals representing the best in the public works profession. The Public Works Project of the Year award promotes excellence in the management and administration of public works projects by recognizing the alliance on projects between the City or managing agency, the consultant/architecht/engineers and the contractor.

“These construction projects had unique and challenging engineering and environmental features and some involved several construction and funding partners and took many years to complete due to their complexity,” said Geoff Wright, Commissioner, Transportation and Works. “Success was possible due to a partnership between three city departments and five divisions as well as consultants and contractors. We appreciate this recognition from the OPWA for all three projects.”

Each project competed in different categories with projects from other municipalities with populations of more than 25,000. Staff accepted the awards from OPWA Past President Michelle Albert who noted that Mississauga received the most 2018 OPWA awards of all municipalties. 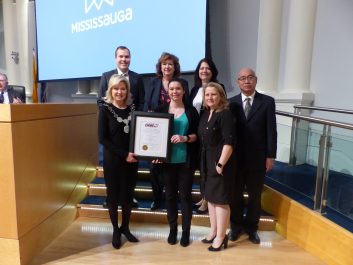 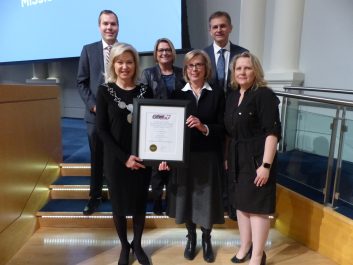 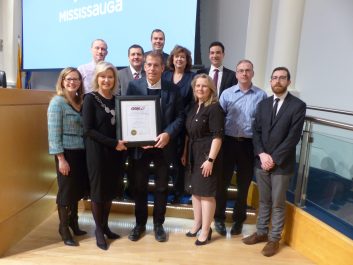