Mississauga is home to a lot of wildlife, including coyotes. Coyotes are native to North America and live in natural areas including suburbs and cities.

Coyotes are intelligent, adaptable and resourceful animals who have found a permanent home in Mississauga. They are an important part of our ecosystem and contribute to keeping it healthy by managing wildlife populations and keeping them under control. By nature, coyotes are territorial and cover an expansive area. 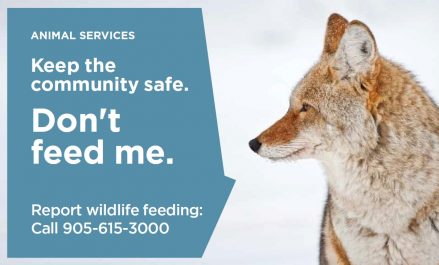 As more people are out using public spaces and parks, the frequency of coyote sightings has gone up since the onset of the pandemic. Over the last four months, the City has received more than 370 reports of coyote sightings – many repeat sightings of the same coyotes in a specific area. Residents have been diligent with using the City’s interactive coyote map to check if coyotes have been seen in their neighbourhoods.

The City’s Animal Services staff continue to educate residents about coyotes and patrol areas of the city where intentional feeding is a concern.

In Mississauga, people are continuing to feed or leave food outdoors for wildlife – this is a concern as feeding coyotes and other wild animals can increase their presence and causes them to lose their fear of people. 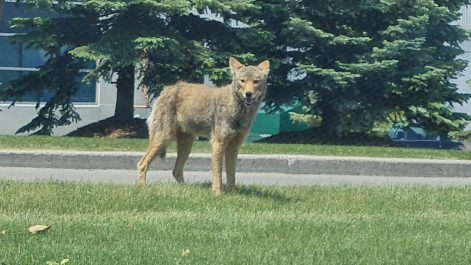 The City is asking all residents not to feed wildlife, especially coyotes. Most interactions with coyotes were the result of accessible food sources and intentional feeding by residents. This creates a long-term problem for both the wildlife and Mississauga neighbourhoods. 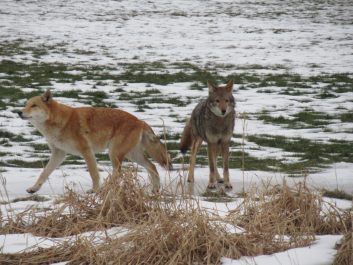 The most effective way to prevent coyote encounters is to eliminate wildlife feeding – both intentionally and unintentionally. Intentional feeding, like bait stations and unintentional feeding, like leaving out pet food and garbage or having large bird feeders, must be avoided. Although coyotes are usually not interested in bird seeds, bird feeders often attract rodents, especially squirrels, which then attract coyotes.

If you are seeing coyotes in your neighbourhood, remember: 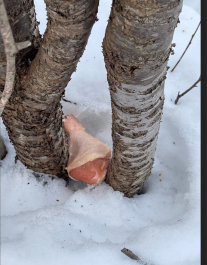 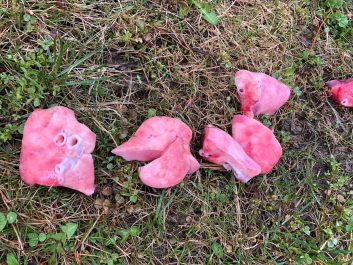 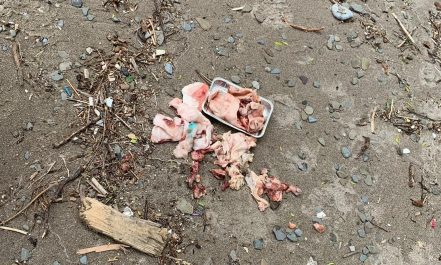 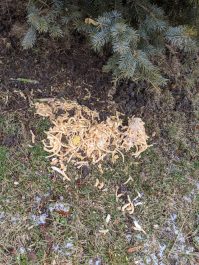 Most of the time coyotes are wary of people. While coyotes aren’t a significant risk to people – they are wild animals and should be avoided.

If there are coyotes in your neighbourhood –  trapping, relocating or destroying coyote dens will not resolve the issues of sightings or encounters in urban areas. Capturing and relocating coyotes more than a kilometre away is not permitted under Ontario’s Fish and Wildlife Conservation Act. Under this legislation, the use of body gripping traps is illegal and pose significant risk to public safety. Implementing traps in any urban environment will pose a bigger danger to the public than the coyotes themselves.

Under the City’s Animal Care and Control By-law – feeding wildlife is illegal. There is a $300 minimum fine for feeding wildlife. This includes leaving food out, food waste and disposing of food in natural areas.

Mississauga residents and visitors are encouraged to enjoy and live in harmony with wildlife by not interfering with their natural instincts and behaviours. To report wildlife feedings or an aggressive, sick or injured coyote, call 905-896-5858.

Learn more about coyotes and other urban wildlife in Mississauga by visiting mississauga.ca/wildlife.