The City of Mississauga is the first large municipality in Canada to permanently raise the Every Child Matters flag.

Earlier today, Mayor Bonnie Crombie along with Chief R. Stacey Laforme, Mississaugas of the Credit First Nation (MCFN), and Members of Council raised an Indigenous flag for the first time in Mississauga.

The Every Child Matters flag, which was created to bring awareness to the residential school experience, will fly permanently on City Centre Dr., located on the grounds of Mississauga Celebration Square.

“Today was an extremely important day for Mississauga,” said Mayor Bonnie Crombie. “Raising the Every Child Matters flag is a symbol of the City of Mississauga’s commitment to truth and reconciliation. As a community, city and country, we can never forget the horrors that took place at Canadian residential schools and the children that never made it home. We remember and honour them, as well as the survivors, today and always.”

The City’s work to further a positive relationship with the Indigenous community is a top priority for Mississauga Council.

“Our work certainly doesn’t end here. Along with my colleagues on Council, I remain more committed than ever to strengthening our relationship with Indigenous neighbours through meaningful action,” added Mayor Crombie.

The City of Mississauga is actively working towards reconciliation by confronting its past and present by:

“We were proud to see the City of Mississauga taking this step to honour the Indigenous children who attended residential schools, and their families,” said Chief Stacey Laforme, Mississaugas of the Credit First Nation. “I believe this moment in time is a moment in the life of this country that will determine how we move forward. And I hope we all move forward together. We must and never will forget.”

Over the past few years, the City has made several changes and implemented various enhancements to ensure that all residents, businesses and partners choose to live, work and learn in Mississauga have the same, equitable experience.

These enhancements include the following:

“I am proud of the work we have done to date and I am focused on continuing this momentum alongside our Indigenous partners,” added Mayor Crombie.

The City of Mississauga is the first large municipality in Canada to permanently raise the Every Child Matters flag.

A recording of today’s flag raising can be found here on the City of Mississauga website.

To learn more about the City’s commitment to building and evolving relations with Indigenous Peoples and communities in Mississauga, read the Annual Reconciliation Report and Land Acknowledgement Renewal. 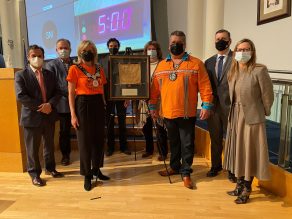 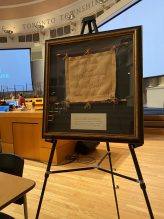 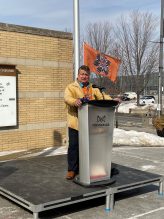 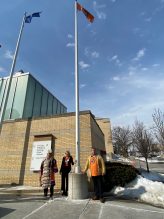 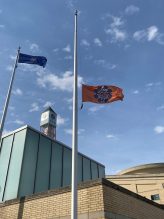 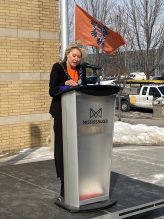