Is Congestion Getting to You? Be Heard at Mississauga Moves 2015

In four decades, Mississauga’s transportation system has evolved from a simple road network and three bus routes to a complex road network with multiple highways, an 80 route transit system with rapid transit and a 400 km cycling network. On Monday, November 9 don’t miss your chance to have a say in the future of how we move at Mississauga Moves 2015.

Join us at Mississauga Moves 2015:

Here is a snapshot of Mississauga Moves 2015:

• Listen and take part in discussions with local and international transportation experts.
• Join interactive sessions to discuss the City’s current and future transportation needs.
• Participate in one of two breakout sessions where you can design your own transit system, or tour the Mississauga Transitway.
• Learn how we can manage future growth and congestion, the evolution of the City’s transit network and what the impact of driverless cars might be.
• Hear keynote speaker Samuel Schwartz, better known as Gridlock Sam discuss creative ways to move people around Mississauga.

This summit is a kickoff to the development of the City’s Transportation Master Plan (TMP), which will begin in 2016. This will be the first opportunity to provide input that will assist the City in developing the TMP.

Visit mississaugamoves2015.ca  to register or watch for broader outreach and input from the community when the Transportation Master Plan begins in 2016. 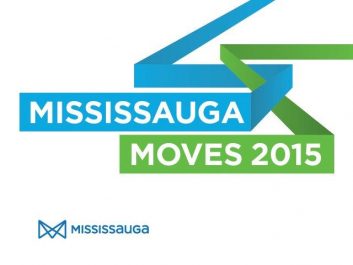