The City of Mississauga announced today it will be the first host municipality to participate in a new Climate and Sports Initiative in co-operation with GLOBE Series. Mayor Bonnie Crombie was in Vancouver at the GLOBE 2020 Forum where she addressed senior decision-makers and influencers from around the world to launch the initiative that uses sports as a platform to build awareness about climate change. The initiative will bring about positive change, innovative actions and engaging programs to increase community education and awareness of climate change.

“Mississauga is thrilled to be the first city in the country selected to partner on this innovative initiative. Climate change is real and its effects are being felt in cities across the country. Unpredictable weather and air pollution are impacting the conditions of our sporting fields and the performance of our athletes,” said Mayor Bonnie Crombie. “We know that sport has the unique ability to bring people together and unite them under a common cause. Participating in this initiative reinforces our City’s commitment to combating climate change while empowering our residents to be part of the solution.”

Kicking off in Mississauga this summer, the first campaign announced under the Climate and Sports Initiative will focus on outdoor hockey and will look at what actions we can take to ensure it remains Canada’s national sport for generations to come. As ambassadors for the initiative, Canadian Olympians will help raise awareness about the impact a changing climate has on sport while inspiring the public to think about what steps they can take to protect our environment and fight climate change.

“We’re excited about participating in the Climate and Sport Initiative which reinforces the City’s commitment of mitigating and adapting to the effects of climate change,” said Jodi Robillos, Director, Parks, Forestry and Environment. “Participating in the Climate and Sports Initiative aligns with one of the City’s Climate Change Action Plan’s key action pathway – engagement and partnerships. We’re focused on new and innovative initiatives and programs that will resonate with our residents as well as local businesses. We’re committed to increasing community education, awareness and engagement while providing opportunities that can show the impacts of climate change through different lenses, sports being one of them.”

For more information about the Climate and Sport initiative, visit globeseries.com/blog/events/save-pond-hockey/. 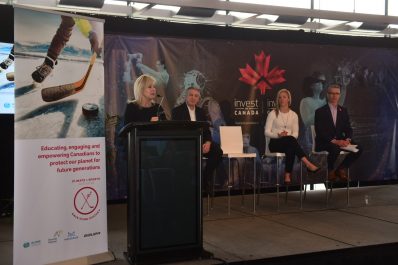 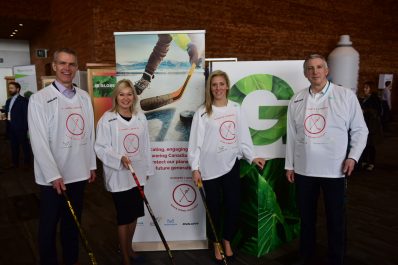