Celebration of the 90th anniversary of Canada-Japan diplomatic relations.

The City of Mississauga hosted a reception at the Mississauga Civic Centre last evening to celebrate the 90th Anniversary of Canada-Japan diplomatic relations.

The reception, hosted by Mayor Bonnie Crombie and the City’s Economic Development Office, was attended by Ms. Takako Ito, Consul General of Japan in Toronto, Members of City Council, as well as members of Mississauga’s Japanese business community.

“Mississauga shares a special, long-standing relationship with Japan that is deeply rooted in our shared values and strong economic ties. That’s why Mississauga is honoured to be hosting a reception to acknowledge 90 years of diplomatic relations between our two countries,” said Bonnie Crombie, Mayor of Mississauga.

The City’s Economic Development Office works closely with the Japanese business community to support their growth in Canada. Japanese companies provide a major economic boost to Mississauga in the life sciences, aerospace, information and communications technology, logistics and transportation, and various advanced manufacturing sectors. In three years, Japan has moved from the third to the second highest source of foreign direct investment to Mississauga, after the United States.

“Mississauga is proud to be home to a number of globally-respected, successful and leading Japanese-based companies who have decided to do business in our City because of our highly skilled talent and access to the North American markets. That’s why I’ve made it a priority as Mayor to help attract Japanese business and investment to our City. When Japan succeeds, Mississauga succeeds,” added Bonnie Crombie, Mayor of Mississauga. 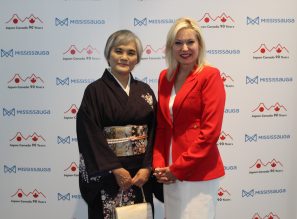 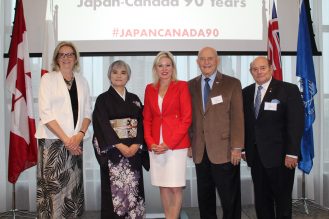