A partnership between the City of Mississauga, Maple Leaf Sports & Entertainment (MLSE) and the Toronto Raptors will see the Raptors 905 play their home games at the City’s Hershey Centre starting this fall.

“We are thrilled to welcome the Raptors 905 to Mississauga. Our city has always been a leader and it is an honour to be the home of Canada’s first NBA D-League team,” said Mayor Bonnie Crombie. “Mississauga has a strong sporting community and through this new partnership with MLSE and the Toronto Raptors, we will continue to strengthen this community and promote basketball with our youth. We will also raise the profile of sport in Mississauga and attract basketball fans from across the GTA and beyond to our great city.”

“We are excited about entering into this partnership with the City of Mississauga,” said Masai Ujiri, Toronto Raptors President & General Manager. “Thank you to Mayor Bonnie Crombie and City Council for your co-operation. The popularity of basketball is growing rapidly across the 905 region and we are thrilled that Mississauga will be at the centre of this movement.”

In addition to games at the Hershey Centre, the City of Mississauga, MLSE and the Toronto Raptors will work together to deliver a variety of community-based programming including local basketball events and outreach initiatives.

“We know the value and benefit sport provides. This partnership with MLSE and the Raptors will have a positive impact on our city and help us build strong and healthy communities,” Crombie said. “It offers fans another exciting, affordable, family-friendly sports entertainment option right here in Mississauga.”

About the City of Mississauga

As Canada’s sixth largest city, Mississauga is home to 752,000 residents and more than 54,000 businesses, including more than 60 Fortune 500 companies with Canadian head offices or major divisional head offices. A diverse, progressive and award-winning municipality located on the shores of Lake Ontario in the heart of the Greater Toronto Area. Mississauga is focused on delivering services, implementing its Strategic Plan, delivering value for money and maintaining infrastructure.

About the NBA Development League

The NBA Development League is the NBA’s official minor league, preparing players, coaches, officials, trainers, and front-office staff for the NBA while acting as the league’s research and development laboratory. Featuring 19 teams with direct affiliations with NBA franchises for the 2015-16 season, the league offers elite professional basketball at an affordable price in a fun, family-friendly atmosphere. An all-time high 38 percent of all NBA players at the end of the 2014-15 season boasted NBA D-League experience. In fostering the league’s connection to the community, its teams, players and staff promote health and wellness, support local needs and interests, and assist in educational development through NBA D-League Cares programs. Fans can watch all NBA D-League games on nbadleague.com. 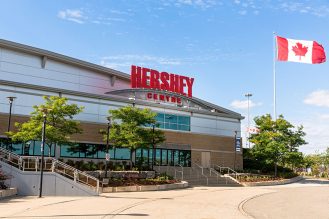 A partnership between the City of Mississauga, Maple Leaf Sports & Entertainment (MLSE) and the Toronto Raptors will see the Raptors 905 play their home games at the City’s Hershey Centre starting this fall. 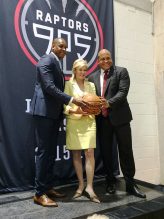 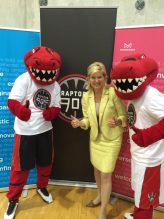 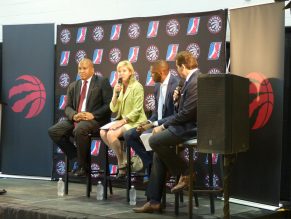