The City of Mississauga welcomed Paul Mitcham in his new role as City Manager and Chief Administrative Officer (CAO) today. Mitcham previously held the position of Commissioner, Community Services with the City for over two decades.

“I am pleased to welcome Paul to his new role as City Manager and CAO,” said Mayor Bonnie Crombie. “I have had the pleasure of working with Paul in his role as Commissioner for the past several years. He has been an integral part of the City’s Leadership Team and has successfully led his department through many milestones and achievements. In this new role as City Manager, Paul’s vision, leadership and commitment to two-way communication will guide the City toward continued success as he works more closely with myself and Council to move Mississauga forward.”

In his new role, Mitcham will act as the head of the City’s Leadership Team, consisting of four commissioners. He will also oversee the Economic Development Office, Internal Audit and Legal Services.

“I am excited to step into this new role as City Manager and CAO,” said Mitcham. “My experience as commissioner has allowed me to work closely with Mayor Crombie, Members of Council and members of the Leadership Team and to be a part of many significant achievements in Mississauga’s history. I look forward to leading the City in this new capacity and to the challenges and opportunities this new role will bring.”

Mitcham has more than 20 years of experience as a strategic leader, planner and facilitator. In his most recent role as Commissioner, Community Services, Mitcham led teams in multiple divisions including Culture; Environment; Fire and Emergency Services; Library; Parks, Forestry and Environment and Recreation.

Some of his achievements as commissioner include the following:

Prior to joining the City of Mississauga in 1995, Mitcham was the Commissioner of Works for the City of Etobicoke and also worked as the General Plant Manager at International Harvester/Case Tenneco.

Mitcham holds a Bachelor of Applied Science and Engineering from the University of Toronto, a Masters of Business Administration from McMaster University and is a Certified Professional Engineer in the Province of Ontario. 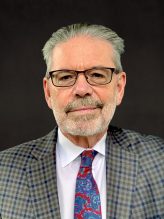