“Routes 107 and 109 will now travel on this new section of dedicated bus corridor and service the Mississauga Airport Corporate Centre, an important economic hub in the City,” said Geoff Marinoff, Director of Transit. “This will make it easier for commuters to travel to work and bypass congested roads.”

Eight stations and 12 kilometres of the 18 kilometre transitway are now complete. With the opening of Tahoe and Etobicoke Creek stations, MiWay now travels on the dedicated bus corridor from east of the City Centre Transit Terminal (Rathburn Road and Hurontario Street) to Central Parkway, Cawthra, Tomken, Dixie, Tahoe and Etobicoke Creek stations. In September 2015, the Erin Mills station, constructed by Metrolinx was opened. MiWay service to the Erin Mills Station is scheduled to begin in May 2016.

The Mississauga Transitway uses a dedicated corridor, bus-only bypass lanes on Highway 403 and mixed traffic in the downtown area. The City is planning to study this downtown area for future transit development.

When fully complete in 2017, the 18 kilometre transitway will have 12 stations from Winston Churchill in the west to Renforth Gateway in the east. The dedicated bus corridor will reduce travel times and improve efficiency, making travel connections to Toronto Pearson International Airport and the Bloor-Danforth Subway line from Renforth Station easier via Highway 427.

The City of Mississauga is the first municipality in the Greater Toronto Area (GTA) to construct a dedicated transitway linking surrounding GTA communities.

Learn more about the transitway by visiting miway.ca/transitway. For information on MiWay’s five-year service expansion plans from 2016 to 2020 visit miway.ca/miway5. 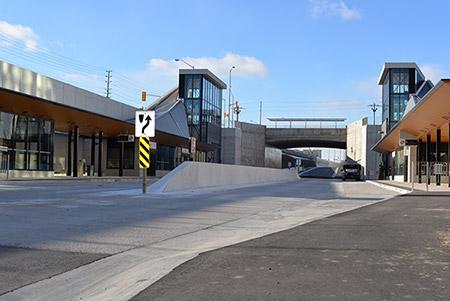 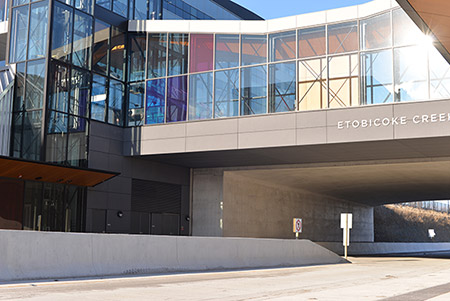