With spring upon us and baby wildlife everywhere, there’s an increased chance you’ll come across more wildlife – including baby animals like rabbits, birds, ducklings, goslings, foxes, skunks, squirrels, raccoons and opossums. While they can look cute and adorable, remember they are wildlife and should be left alone. 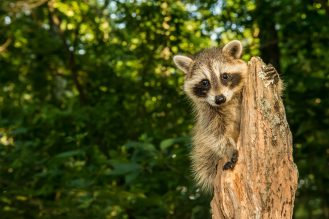 Around this time of year, many young animals, like baby birds, are needlessly rescued by residents. This interference from humans can be harmful or fatal to the young animal. There have been cases where well-intentioned residents have tried to rescue a baby animal because they think it has been abandoned, is in distress or has been orphaned. In an effort to help, people sometimes take these animals from their mothers and from their natural habitat. Mississauga Animal Services gets several calls from concerned residents about baby animals every year. Although they are sometimes orphaned or injured and need to be helped, most of the time, they should just be left alone.

No matter how cute, cuddly or small baby wildlife might be, interacting with wild animals poses serious risks to both humans and animals. Frightened animals might try to bite or scratch in an effort to defend themselves and can further injure themselves in an attempt to escape. Animals might also have rabies, which can be transmitted by certain animals who are not properly handled.

Figuring out if a baby animal is at risk is difficult. Your instincts may be to help baby wildlife who might seem helpless or defenceless; however, human intervention is only necessary if an animal is endangered, hurt or in distress. Babies shouldn’t be separated from their mother unless absolutely necessary.

You can help by monitoring the babies from afar to see if the mother or parents return. If the baby appears to be hurt, injured or in distress (e.g. a baby bird falling out of a tree), you should contact Animal Services. 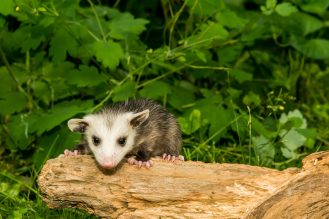 Abandonment
Many times, baby animals haven’t been abandoned or orphaned. Most animals, including rabbits, squirrels, raccoons and foxes, will leave their young unsupervised for long periods of time while they hunt or forage for food. These long absences also prevent attracting predators to the nesting area. Many animals will hide their young for safety until they return.

Often, people mistakenly believe these animals have been abandoned, so they feel they should intervene; however, it’s best to leave them alone. Despite good intentions, many animals that are rescued by residents end up suffering or dying as they are often mishandled and released in areas where they have a small chance of surviving. 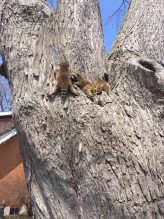 Mississauga residents and visitors are encouraged to enjoy and live in harmony with wildlife by respecting their natural instincts and behaviours. 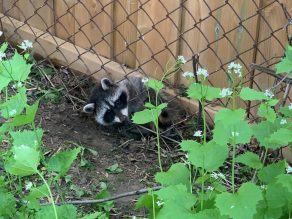