“The MiWay Student Ambassador Program is a fun way for high school students to spread the word about MiWay through their school,” said Mary-Lou Johnston, MiWay Manager Business Development. “These students are like an extended marketing team who educate young people about the benefits of using transit and MiWay.”

Sole and Liang focused on making transit fun. They used Kahoot, an interactive digital trivia game that engaged more than 200 Rick Hansen students to learn more about the benefits of MiWay. They also hosted an information table at their school that gained 280 likes on Facebook.

For their winning entry, Sole and Liang will receive free MiWay transit for one year and an iPad mini. Their school will receive 50 PRESTO cards valued at two trips per card.

Council also recognized Kathleen Karunakaran and Jessica Tran of Port Credit Secondary School, the creative team behind the winners of this year’s Bus Wrap contest. Their winning submission theme highlights MiWay Through My Community. It tells a story through pictures of travelling around the city to school, recreational activities, work and back home again.

“The newly wrapped bus hit the roads today. See if you can spot it in your neighbourhood tell us on Twitter @MiWayHelps,” added Johnston.

If you know a high school student who would be a whiz at promoting MiWay while gaining business, communication and marketing skills, have them apply online for the 2017-2018 MiWay Student Ambassador Program. Applications will be accepted until October 31, 2017. 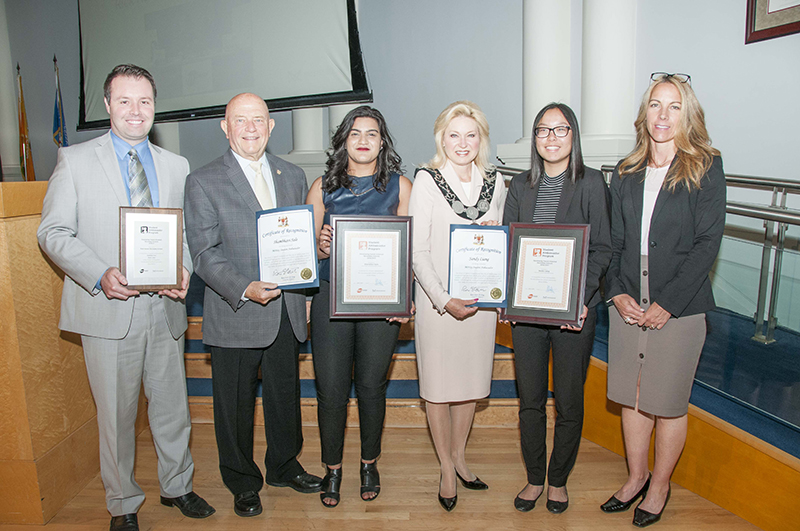 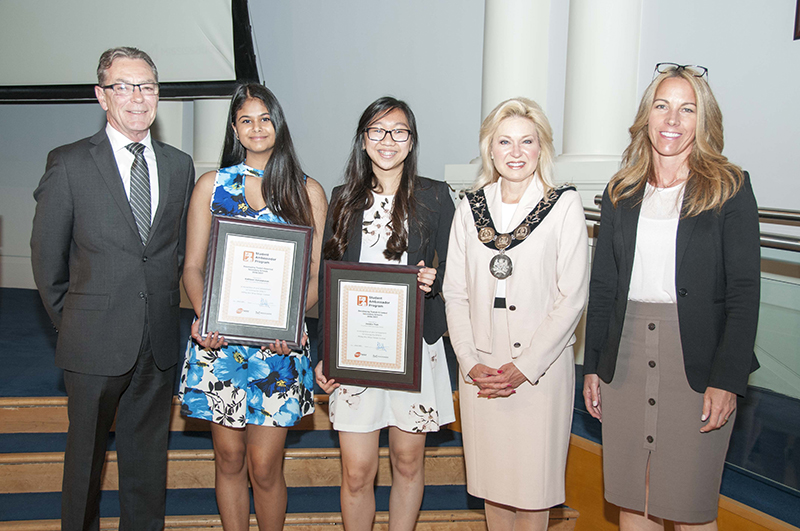