The Mississauga Urban Design Awards began in 1981 and is the longest-running awards program of its kind in Ontario. The awards illustrate the City’s ongoing desire to inspire, develop and celebrate design leaders who help raise the quality of life for residents, and shape the image of Mississauga.

Winners are selected by a jury of members from the professional design community and a representative from City Council.

Call for submissions for the 2023 awards is now open. Learn more about the Mississauga Urban Design Awards 2023: The Next Big Thing. The deadline for submissions is April 14, 2023.

View details of the most recent awards program:

The 2021 theme — “Identity of Urban Places” — invited us to reflect on what “identity” meant in our Canadian context and on how urban design plays a role in shaping this identity: how geography, cultural diversity and inclusion, climate change, and the need to advance an urban resilience agenda encourages us to design unique urban places in the Canadian context.  This webinar was jointly organized by the City of Mississauga and the Council for Canadian Urbanism. Watch the webinar. 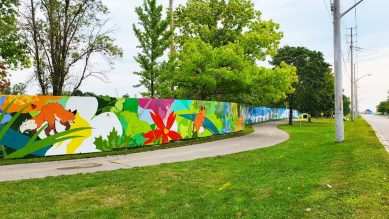 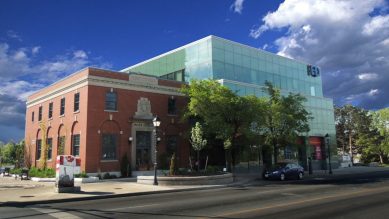 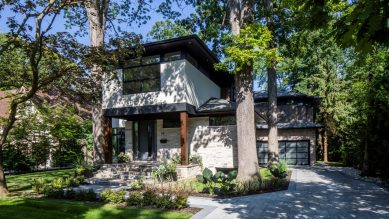 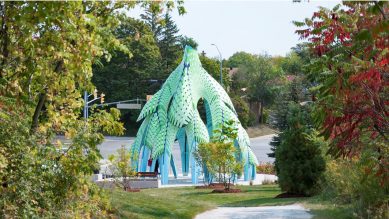 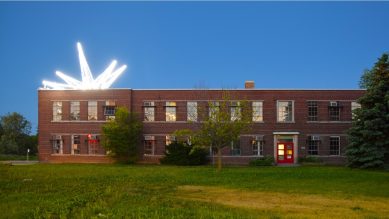 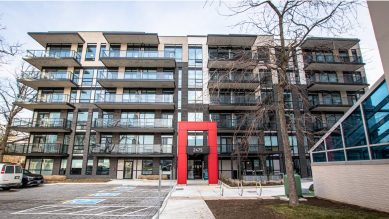 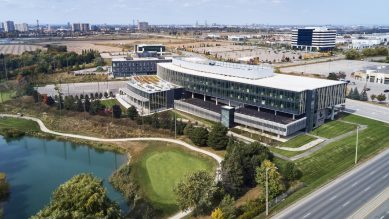 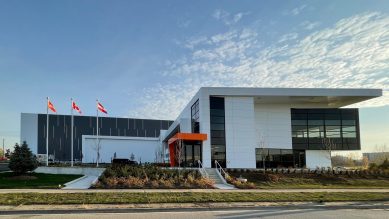 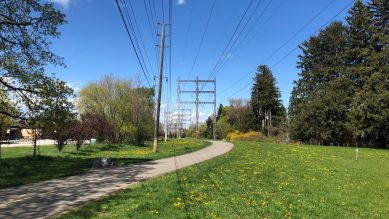 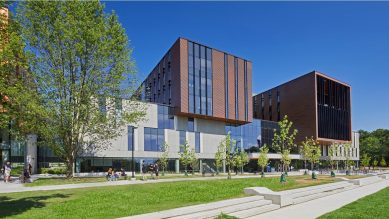 Award of Healthy by Design 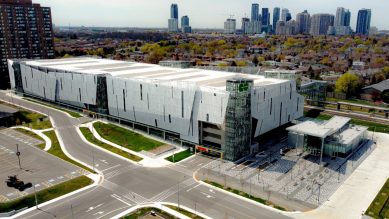 We’re pleased to announce the jury members for the 2021 Mississauga Urban Design Awards: 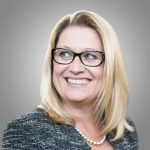 Prior to the 2014 Municipal Election, Karen was the Director of Corporate Relations for Enersource Corporation leading the transformation of marketing communications and focus of the company to become more community focused. She also led the charge to enable Enersource to be one of the first utilities in Ontario to utilize social media as a primary method of communications to engage and inform the community.

Karen served as past Chair of the Mississauga Board of Trade, a volunteer role she took on in 2013 after a number of years on the Board of Directors. MBOT gave Karen a deeper appreciation of the issues and challenges facing local business and worked hard to make the Board of Trade a positive advocate on behalf of business in Mississauga.

Previously, Karen worked in the Ontario Government in a variety of roles including media spokesperson and advisor to a number of Ministers in the Ministries of Municipal Affairs & Housing, Environment, Women’s Issues, Seniors Issues and Citizenship & Immigration. In these roles, she developed a high degree of knowledge and skills in media and stakeholder relations. Karen has a passion for the environment and currently serves as Chair of Credit Valley Conservation Authority and the Foundation.

Karen holds a degree in Applied Geography with a minor in Economics from Ryerson University and is currently pursuing her Masters of Public Administration from the University of Victoria. She lives in Lorne Park with her husband Michael and two daughters Delaney and Danica. 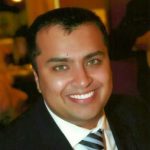 Paul Sharma is currently the co-lead for the Region of Peel’s Mass Vaccination Program Strategy. He has also been the acting Incident Commander for the Region of Peel-Public Health’s Emergency Operation Centre and the Policy Lead for the Business Continuity Planning Team over the course of the COVID-19 pandemic. His usual role (when not in a pandemic!) is the Director of the Chronic Disease and Injury Prevention Division for the Region of Peel-Public Health. Before joining the Region of Peel in 2013, Paul held management roles in the Oral Health programs at the Middlesex-London Health Unit and the Department of Oral Health for Hastings and Prince Edward Counties Health Unit. Paul is also appointed as an Adjunct Professor at the Faculty of Dentistry, University of Toronto.

Paul currently sits as president on the Executive Committee of the Ontario Association of Public Health Dentistry (OAPHD), as well as on the Association of Local Public Health Agencies (alPHa) Board of Directors representing OAPHD. Paul’s first position in health care was working as a registered dental hygienist in Toronto primarily providing services to individuals living with HIV. Paul has also been involved in dental hygiene education in a teaching and management capacity. Paul has completed his Masters of Science in Dental Public Health from King’s College, University of London, in London, England. 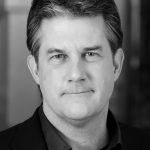 Mitchell (Mitch) Hall is recognized for his passion and commitment to architecture as a vehicle for improving the human condition. He believes that architects in our time must offer agency – acting in the best interests of people and place – to help make a better world. He challenges existing paradigms to create buildings and spaces that actively promote wellness, cultivate community building, and address the pressing challenges of our time, from climate change to population growth.

Joining KPMB in the formative years of the practice, Mitch worked on seminal Governor General award-winning projects such as Woodsworth College and Kitchener City Hall. He is notable for his diverse design and leadership experience, directing interdisciplinary teams to deliver large, complex projects in the sectors of culture, hospitality, and education. In the realm of science and healthcare, his experience includes the Montreal McGill University Génome Québec Innovation Centre, Mike and Ophelia Lazaridis Quantum-Nano Centre at the University of Waterloo, George Brown College’s Waterfront Campus for Health Sciences, Bridgepoint Active Healthcare and the Destination Project for The University of Lethbridge, a purpose-built facility for transdisciplinary science. Highlights from the cultural and hospitality sectors include the Jackson-Triggs Niagara Estate Winery (2000), Canada’s National Ballet School (2005), the Ottawa Art Gallery (2018), and Assiniboine Park (2022) in Winnipeg.

As an advocate of architectural excellence, Mitch has navigated complex programs and approvals to successfully realize the ambitions and aspirations of clients, within the constraints of budget and time. For example, Bridgepoint Active Healthcare has earned over 25 awards including the 2016 Governor General’s Medal. Completed within Infrastructure Ontario’s rigorous PDC/DBFM process and in parallel to the first major pre- and post-occupancy study, the project has been recognized as a model for the impact of design quality on health outcomes. 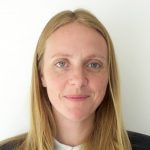 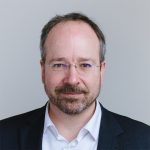 Eric, partner at Urban Strategies, is an Urban Designer, Planner and Architect. He has been with Urban Strategies since 1996 and has over 25 years of experience in Canada, the United States and Europe. His areas of expertise include downtown revitalization plans, redevelopment of inner city neighbourhoods, large scale institutional and corporate master plans and urban design guidelines.

Eric’s approach to planning emphasizes the importance of urban design and the balance between built form and open space in creating rich, healthy and sustainable environments. Eric’s many successful projects are testimony to his innovative approach and demonstrate his concern for a sensitive integration into their surroundings. Many of the projects on which Eric has acted as the design lead have been honoured with awards for their overall quality.

Eric is currently leading the Sick Kids Hospital approval process as well as the 900 Bay Street Government Office renewal project planning and urban design process for Infrastructure Ontario. He completed the award-winning University of Ottawa Campus Master Plan and was the urban designer for the award-winning Master Plan for Centre for Addiction and Mental Health’s (CAMH) site in Toronto. Eric completed the Etobicoke Centre Public Space and Streetscape Plan for the City of Toronto and works closely with Metrolinx on transportation projects across Ontario. He has also recently undertaken new design work in Limerick, Ireland.

Eric is a founding member and current President of the Council for Canadian Urbanism (CanU). He is a member of the Toronto Waterfront Design Review Panel, and was a member of the City of Toronto Design Review Panel from 2007-2013, where he chaired the panel on numerous occasions. Eric regularly lectures on urban design, architecture and planning issues, and he is frequently asked to provide television and radio commentaries on current issues related to these subjects. 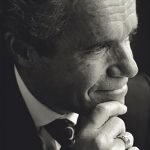 A graduate of the University of Waterloo, William Hicks holds a Bachelor of Architecture degree and is a member of the Ontario Association of Architects and the Royal Architectural Institute of Canada. He has served on a number of boards, including the Mississauga Hospital Board of Directors and Chairman of the Bradley Museum Board of Directors. Having both practiced as an architect and lived in Mississauga for over 40 years, Mr. Hicks has watched the City of Mississauga grow exponentially, and the quality of architectural and urban design improve dramatically over that time with projects undertaken by some of the worlds leading architects. Mr. Hicks manages a mid-size architectural design studio in Ontario with work across Canada and within the GTA.

His firm focuses on high-end residential design for private homeowners as well as luxury infill condo projects, many of which are found in the core of Oakville.  His work has included homes of up to 50,000 sq ft and his work on residential estate homes in well-known across Ontario. Mr. Hicks has also worked on over 70 different golf course clubhouse projects across Canada and is a leading force in clubhouse design, having designed new clubhouses for many of the GTA’s private clubs.

His firm is well known for dealing with some of the more difficult sites from an approvals perspective, and he works well with the City and with members of Council and with community groups where required. Communications, design and project management are key skills of the firm.

The following awards are presented to projects that exemplify, as much as possible, the judging criteria and the City’s design principles:

This award is presented to projects that exemplify, as much as possible, the judging criteria and the City’s design principles.

This award is presented to projects that demonstrate excellence in one or more of the judging criteria and the City’s design principles.

Award of “Healthy by Design”

This award is presented to projects that exemplify, as much as possible, the six Healthy Community Design elements: density, service proximity, land use mix, street connectivity, streetscape characteristics and parking.

Contributes to the quality of the environment within a community which demonstrates regard for the context of the locale, enhancing a sense of place, personal health, and safety, or reinforcing a unique history.

Demonstrates an integrated approach to design which supports environmental and sustainable site and building practices, while providing benefits to the community and supporting active modes of transportation, walkability and green infrastructure.

The degree of creative response to program requirements and site constraints, considering sustainable best practices, including LEED and Low Impact Development, with the ability to influence trends.

The relationship or blending of built form and spaces with existing and planned development, and respect for and enhancement of the area’s character.

The quality of construction materials and the interpretation of design into reality and how it supports the City’s Strategic Plan and the five Strategic Pillars for Change:

Contributes to the creation of walkable, sustainable and complete communities by demonstrating inter-related healthy development elements: density, service proximity, land use mix, street connectivity, streetscape characteristics and parking. The ‘Healthy by Design’ Award is currently possible through the partnership with Region of Peel.

A building or group of buildings in all types and scales that achieve urban design excellence and is precedent setting for a project of its type. Submissions should address how the project contributes to successful city-building through its contextual relationship, design quality and measures of sustainable and healthy design. Submissions may include residential, employment, commercial, mixed-use, heritage restoration and adaptive re-use buildings, parks, private open spaces, or plazas.

A building or group of buildings that serve the public and are accessible to the public. All building types and scales are eligible, including education, healthcare, recreation, cultural, community, civic buildings, heritage restoration and adaptive re-use buildings, bridges, parks, streetscape, public or private open spaces, plazas, landscaped areas, or stormwater facilities.

The number of awards bestowed per category, if any, will be at the discretion of the jury. The jury also reserves the right to reallocate submissions into categories which they deem to be most appropriate.

If you have any questions about the Mississauga Urban Design Awards or you need to contact us, please email urban.design@mississauga.ca.