Crossing Pedestrians by Roadsworth is one of over 35 public artworks on display across the City of Mississauga. 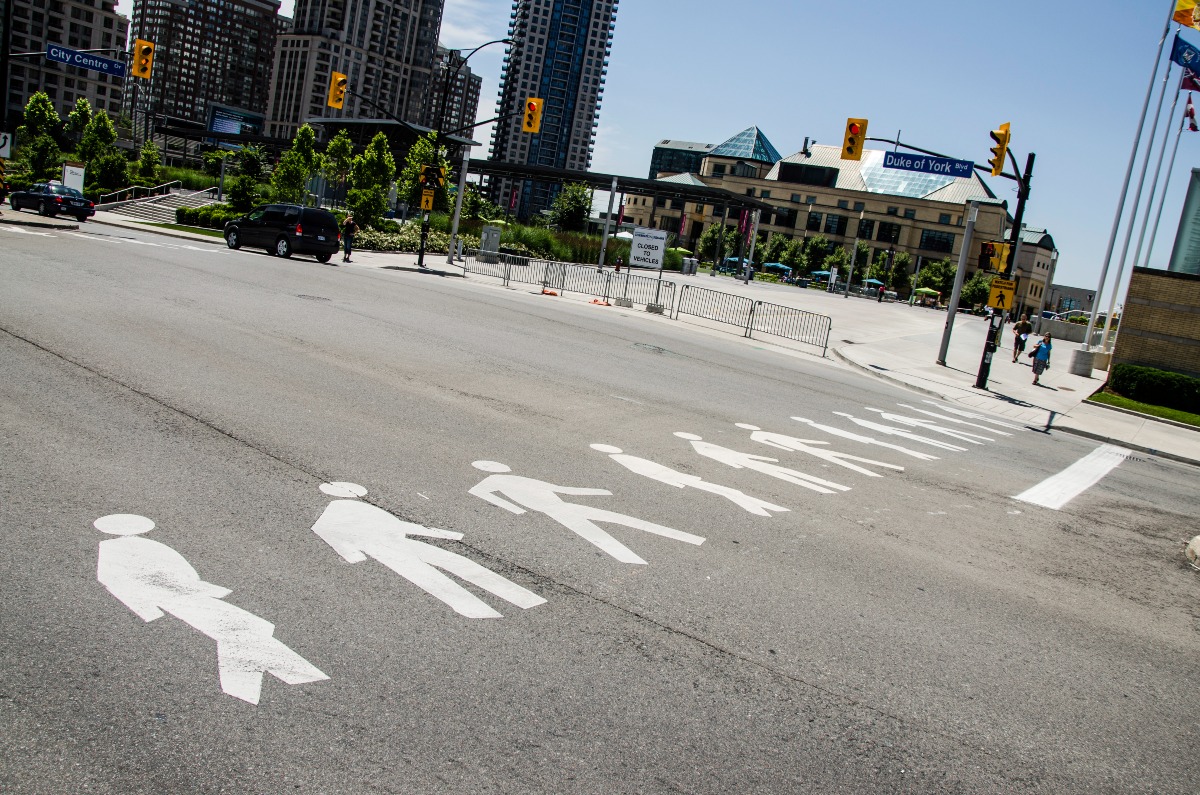 The pedestrian crossings at the intersection of City Centre Drive and Duke of York Boulevard come alive as the walking motion of the iconic pedestrian symbol is animated. Users of the crosswalk set the animation in motion by their own movement across the intersection.

The installation is not only meant to underline pedestrian safety and accessibility at this important Mississauga intersection, but also to create an experience that is uniquely “pedestrian”. Ultimately, this piece is a celebration of that experience and an encouragement for people to get out of their cars and onto the street.

Roadsworth first gained notoriety as a street artist using a stencil-based technique to alter and subvert, in often playful and humorous ways, various elements of the urban landscape. This early period of his career is chronicled in the NFB documentary: Roadsworth: Crossing the Line.

His ground paintings, murals, and installations have been commissioned throughout North America, also in South America, Europe, and Asia. He has showcased his work with the LAF, the Cirque du Soleil, the Tour de France and Banksy’s Can’s Festival, to name a few. His unique approach of blending art and activism can be seen in his collaborations with such organizations as Greenpeace and Amnesty International. His recognizable brand of street art has been featured and discussed in many of the leading publications on street art in the past two decades. He lives in Montreal, Canada.