Aerial Spray Aims to Save City Trees from Invasive Species

*This release has been translated into other languages.

The City of Mississauga is conducting an aerial spray this spring. The spray will target and manage Lymantria dispar dispar (LDD), formerly known as “gypsy moth,” in affected city neighbourhoods. The timing of the spray is dependent on weather conditions, the emergence of the LDD caterpillars and the development of leaves on trees. 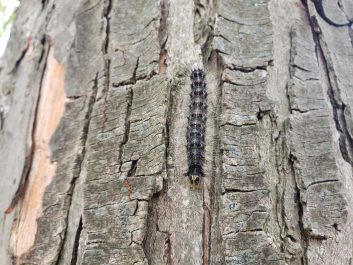 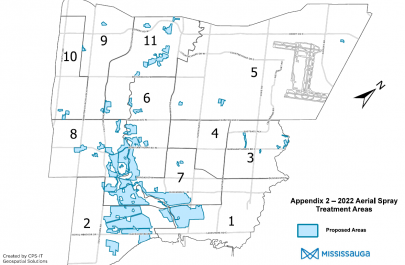 “LDD caterpillars are an invasive species with distinctive red and blue dots covered in tiny fine hair. They have been around for decades with populations significantly growing over the last number of years leading to record-breaking numbers in Mississauga and across Ontario. While our trees have shown their resiliency facing extreme weather events like ice storms, damaging winds, diseases and other invasive species infestations – there is only so much they can handle before we start to see impacts on their health and survival,” said Stefan Szczepanski, Acting Director, Parks, Forestry & Environment. “This is the City’s fourth time conducting an aerial spray, with the most recent one taking place in 2018. As in previous years, we’ve put forward a comprehensive plan to treat areas where severe leaf loss is expected. The aerial spray program will help us protect thousands of hardwood trees like Maple, Oak, Elm, Ash, Poplar, Willow and Birch.”

Over the last few years, the City has been able to control LDD caterpillar populations using other Integrated Pest Management (IPM) measures, such as tree banding, tree injections, ground spraying and egg scraping. However, in certain areas of the city, these methods alone cannot address the scale of the current outbreak.

As LDD caterpillars grow, they feed on leaves – defoliating trees, making them weak, more susceptible to diseases and extreme weather. If left untreated, LDD could spread to other areas throughout Mississauga and threaten additional native forests, woodlands and parks. 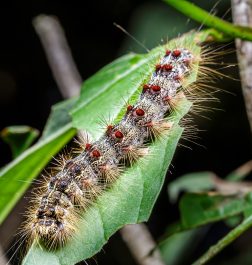 Szczepanski added, “The tree canopy is an important part of Mississauga, providing countless benefits to the community and environment by removing carbon dioxide from the air and releasing oxygen. Preserving, protecting and growing the tree canopy remains an important focus for the City.”

What residents need to know
The aerial spray will use a biological insecticide, Foray 48B, containing the active ingredient Bacillus thuringiensis subspecies kurstaki (Btk). The spray will produce fine droplets that are small enough to stick to the leaves of trees. Btk is a naturally occurring bacterium found in soil and has been approved by the Pest Management Regulatory Agency, an agency of Health Canada, for aerial use over urban areas. Btk is an effective pesticide that has been used globally for more than 30 years to successfully manage LDD populations.

According to Health Canada, Btk treatment is considered low-risk to human health and the environment. Btk is only toxic in the caterpillar stage of the LDD life cycle and does not affect adult moths or butterflies.

“As with previous aerial spray programs undertaken by the City of Mississauga, Peel Public Health is committed to supporting the aerial spray program by addressing any health concerns or questions raised by residents,” said Dr. Nicholas Brandon, Associate Medical Officer of Health. “Peel Public Health does not expect any health impacts from the use of Foray 48B during the City’s aerial spray. While no special precautions need to be taken, residents should remain indoors and turn off heating/air conditioning fans during the spraying for 30 minutes while droplets settle. After the spray, residents should wash pool covers, BBQs, play equipment, lawn furniture and their hands.”

The City has been working with Regional partners (Peel Public Health and Peel Regional Police) and Provincial agencies (Ministry of Transportation, Ministry of Natural Resources and Forestry, Ministry of Environment and Climate Change) to finalize spray details.

Spray operations
The spray will happen over several days, with two spray applications being completed. Two helicopters will fly about 15 to 30 metres above the treetops to complete the spray. Spraying is weather dependent and will only be done under the right conditions. As a result, specific spray dates are chosen 48 hours in advance and can be cancelled if weather conditions change. The City will issue communications to the public 48 hours before each treatment and provide up-to-date information through 311 and online at mississauga.ca/2022spray. The spray may be cancelled up to 12 hours in advance if weather conditions change. 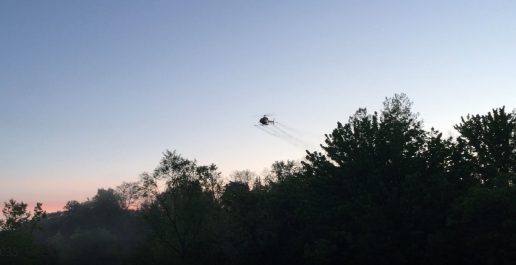 “The City opted to conduct an aerial spray treatment as an effective and proven method for controlling LDD populations. Aerial treatment is effective when applied evenly across the tops of affected trees. We have seen success based on previous sprays,” said Paul Tripodo, Aerial Spray Project Lead. “This spray will be conducted over densely populated areas of the city and includes parks, forests and woodlands. The spray will also cover private property including residential neighbourhoods in targeted Wards.” 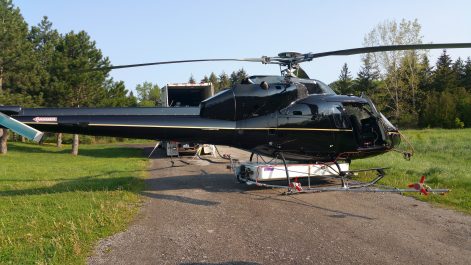 Where to get updates and information

How to prevent LDD caterpillars on your property
Residents can protect trees on their property with additional measures like removing egg masses before the end of April. Egg masses can be found on trees, windowsills, under eavestroughs, patio furniture, fences or mailboxes. Watch the video on how to remove LDD egg masses. 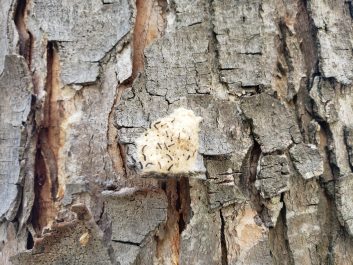