Today, the City of Mississauga completed the final application for the 2022 Aerial Spray Program, which began on Saturday, May 28. Over the last 12 days, the City conducted two applications of the spray as planned which targeted Lymantria dispar dispar (LDD), formerly known as “gypsy moth,” in affected city neighbourhoods.

“Weather is a determining factor in the success of an aerial spray program. We were fortunate the weather co-operated and the spray occurred at the right time – just as the LDD caterpillars were starting to feed,” said Paul Tripodo, Project Lead, Aerial Spray at the City of Mississauga. “Next steps for our team include active monitoring in areas that have been sprayed to determine the extent of defoliation experienced by the tree canopy in these areas. We’ll be collecting and analyzing the data over the summer months and by fall we will have a good understanding of the overall success and effectiveness of the spray. Given the favourable conditions during the application period, we’re expecting a positive outcome.” 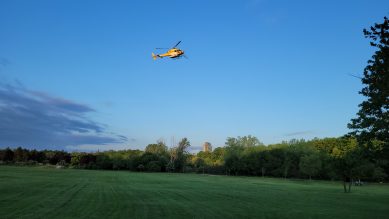 Over the last few years, the City has been able to control LDD caterpillar populations using other Integrated Pest Management (IPM) measures, such as tree banding, tree injections, ground spraying and egg scraping. However, in certain areas of the city, these methods alone were not enough to address the scale of the current outbreak.

As LDD caterpillars grow, they feed on leaves – defoliating trees, making them weak, more susceptible to diseases and extreme weather. If left untreated, LDD could spread to other areas throughout Mississauga and threaten more of our native forests, parks and neighbourhoods. 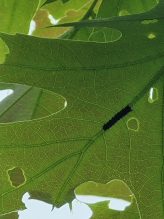 Tripodo explained, “LDD is an invasive species that is well established in Mississauga and will never be fully eradicated. An aerial spray is one tool we have to help prevent impacts on our urban forest from the devastating defoliation that can come with an LDD outbreak. There are a number of additional Integrated Pest Management (IPM) practices available to the city and residents to help keep our urban forest healthy and reduce local LDD populations across the city.”

Over the next few weeks, the City’s Forestry staff will work with BioForest to conduct surveys of leaf defoliation on City property trees. In the fall, egg mass inspections will begin to determine next year’s LDD population.

“We have seen positive results from our previous aerial spray treatments and we are expecting the same for our 2022 spray. Collectively as a City we’re working hard to protect and preserve our tree canopy as well as our naturalized areas, woodlands and forests from both invasive pests and plants,” said Stefan Szczepanski, Acting Director, Parks, Forestry and Environment. “I am proud of the hard work that our Forestry team has completed to ensure this year’s aerial spray program was thoughtfully planned and seamlessly executed. I also want to thank the residents living in the spray zones for their patience and support in working with us to protect Mississauga’s trees.” 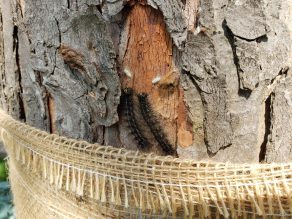 Prior to the spray, the City focused its efforts on areas in Mississauga that had higher populations of LDD egg masses. Three strategies were implemented:

In an effort to contribute to the success of the Integrated Pest Management program for LDD residents are being asked to monitor trees on their property for signs of LDD and help by: 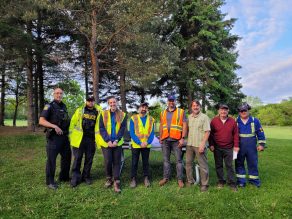 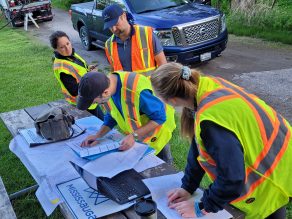 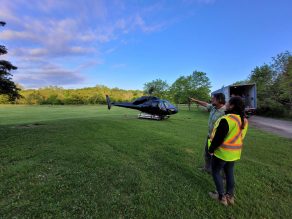 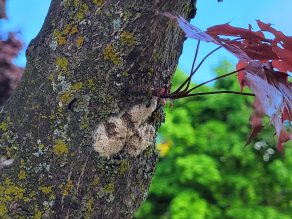 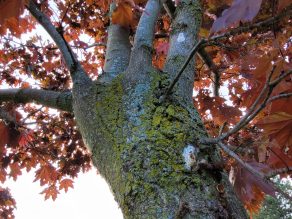