MiWay will be servicing the new Kipling Bus Terminal starting January 4, connecting MiWay, TTC and GO under one transit hub.

“This investment is significant and builds important connections to and from Mississauga, offering additional transit options to commuters and expanding Mississauga’s transit network,” said Mayor Bonnie Crombie. “This project not only responds to growing traffic congestion, it also supports the economic growth and prosperity of Mississauga and the Greater Toronto Hamilton Area (GTHA). Thank you to the teams at Ontario’s Ministry of Transportation, Metrolinx and the City of Mississauga for working together and seeing this project to completion. This is a big step forward in building, connecting and delivering a world-class transit system to commuters in the GTHA.”

Route 26 Burnhamthorpe will service Islington Station via on-street stops (eastbound and westbound) before ending at the new Kipling Bus Terminal.

“Mississauga’s transit system has been servicing Islington Station for almost 40 years. It has played an important role in connecting commuters to Mississauga and Toronto,” said Geoff Marinoff, Director, Transit. “With strategic investments being made to regional transit networks, and with provincial funding being made available to support the new Kipling Bus Terminal, commuters will more seamlessly be able to travel throughout the GTHA. This integration allows MiWay to connect commuters to multiple transit options while delivering safe, reliable and comfortable service to reach their destinations. It also improves connectivity, accessibility and other services to enhance the commuting experience and reduce wait times between transit connections.”

At the Kipling Transit Hub, the new bus terminal is located on the west side of the TTC Kipling Subway and Bus Station. Some of the terminal features include:

Substantial completion of construction is scheduled for January 2021. 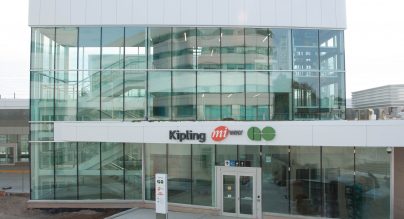