In support of One eRead Canada, Mississauga Library will be offering free, unlimited access to the campaign’s first book, Glass Beads by Dawn Dumont.

As part of its work to secure fair eBook and eAudiobook pricing for all public libraries in Canada, the Canadian Urban Libraries Council is launching its inaugural One eRead Canada campaign from June 3 to 30, 2019.

In support of One eRead Canada, Mississauga Library will be offering free, unlimited access to the campaign’s first book, Glass Beads by Dawn Dumont, in eBook and eAudiobook formats across digital content platforms through Overdrive and Libby, available at mississaugalibrary.ca. The book will be available to all library cardholders with no holds or waitlists.

Glass Beads is a collection of interconnected short stories focussed on the lives of four First Nations people set against a backdrop of two decades of political, social and cultural change.

Join us on Facebook Live at facebook.com/mississaugalibrary for a series of upcoming discussions on the book:

About Fair eBook Pricing in Canada

Issue:
Libraries in Canada pay three to five times more for eBooks and eAudiobooks than consumers.

The demand for eAudiobooks is skyrocketing. Major multinational publishers are not making a number of best-selling titles available to Canadian public libraries, including some prominent Canadian and Indigenous works.

Ensuring universal access to information in all forms [print, digital or online] is the main mandate for public libraries in Canada, especially in Mississauga. As the demand for items like eBooks and eAudiobooks grows, libraries across Canada, including Mississauga are facing challenges as eBook and eAudiobooks prices charged by multinational publishers are unreasonably high.

Some multinational publishers charge libraries as much as three to five times more for eBooks than the consumer price, while others place caps and time limits on use. Current eBook and eAudiobook pricing models lead to fewer titles and fewer copies for readers to discover, despite booming borrowing rates and high demand.

While libraries want to be able to provide library users with a variety of eBooks, some libraries cannot afford the rising prices to purchase some eBooks. 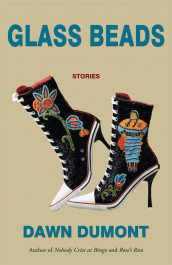