The City is proposing park improvements to Vimy Park. 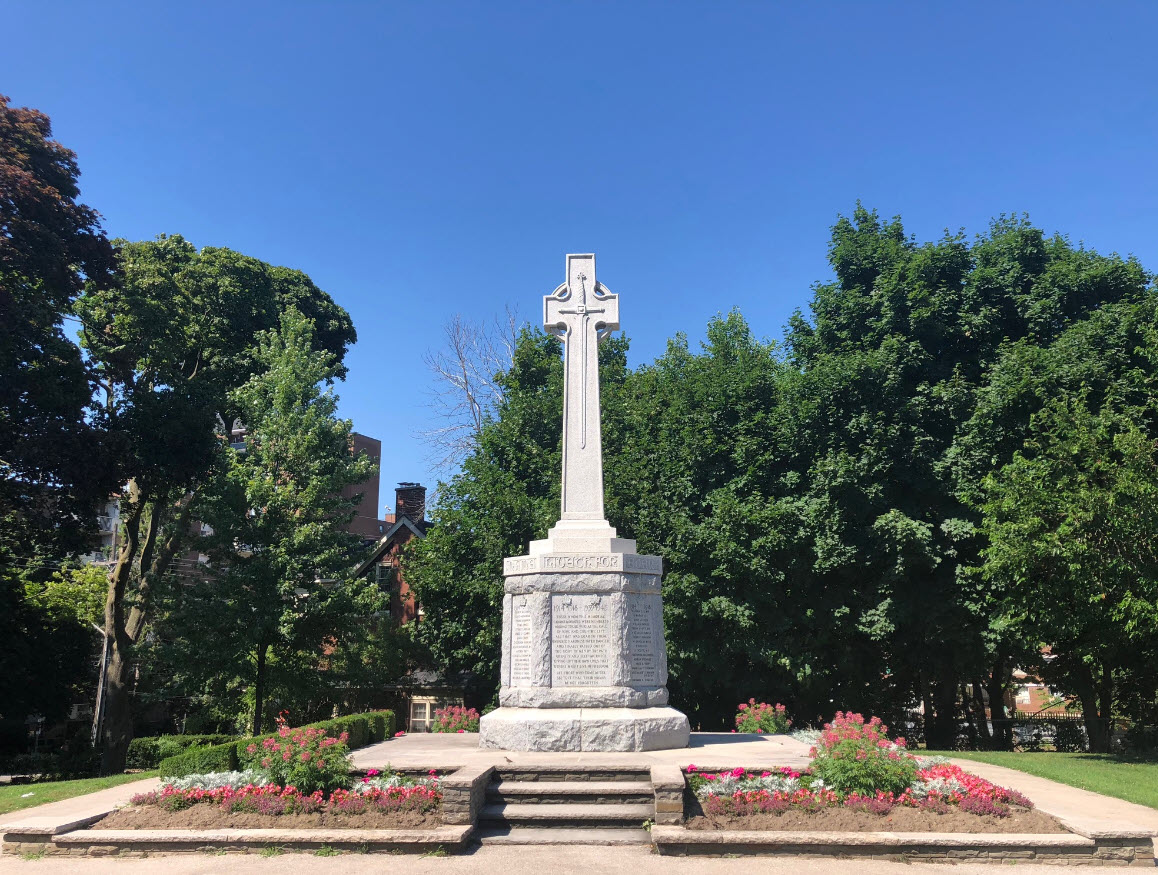 The Cenotaph was constructed in 1925 in memory of the 32 Port Credit men who lost their lives during WW1. In 1984, the property was designated under the terms of the Ontario Heritage Act. The Cenotaph is used as a gathering place for Remembrance Day and throughout the year on battle anniversary dates such as the battle of Vimy Ridge (April 9) and D-Day (June 6).

The proposed park improvements will be in keeping with the site’s heritage significance, increase accessibility and enhance space for local events and commemorative ceremonies. Improvements will include:

Construction of these improvements is anticipated to be completed summer of 2023.

The cenotaph is located where a locally important bandstand was situated, on the southeast corner of Stavebank Road and Park Street East. During the First World War, this bandstand served as a unique venue for residents to obtain information on the war. Local military detachments and Red Cross associations posted names of soldiers who were missing, wounded or killed in action from Port Credit and surrounding townships. Given its significance as a community gathering point, residents and local merchants chose this location to erect a cenotaph to honour the Port Credit soldiers who fought in WWI.

In 1946 and 1983, the names of the men who fell during WWII and the Korean Conflict were added. In 1984, the “Port Credit War Memorial (Cenotaph)” was designated under the Ontario Heritage Act for its historical and contextual importance.

To date, 94 soldiers from Mississauga have been documented, with one of the largest contingents coming from the Port Credit area.

The park was renamed in 2017 to honour the 100th Anniversary of the Battle of Vimy Ridge. Seven soldiers from the Port Credit area were wounded and one died in this battle. Vimy Ridge is viewed as a defining moment in Canadian history and the beginning of the country’s evolution from dominion to an independent nation.

The Cenotaph will remain.  Minor repairs will be made to support the monument’s longevity.

Yes, there are several transit stops close to this park. Visit triplinx.ca to plan your trip or to locate transit stops.

For more information on the proposed Vimy Park improvements, please call 311 (905-615-4311 from outside Mississauga).