Speed limits on City streets are set according to Ontario’s Highway Traffic Act. The default speed limit on roads within the City of Mississauga is 50 kilometres per hour, unless otherwise posted.

The City is making neighbourhood roads safer for all travellers by reducing speed limits in specific areas.

Speed is a contributing factor in approximately one third of fatal collisions according to the Ontario Traffic Council.

Lower speeds are proven to reduce the severity of injuries.

Statistics from the World Health Organization (WHO) show that survival rates dramatically increase with lower speeds.

The slower a vehicle is travelling the less time it takes to stop and avoid a collision.

In fall 2019, the City began lowering speeds in 11 different neighbourhoods.

In 2020, the City expanded this to reduce speed limits in all of Mississauga’s residential neighbourhoods. This process may take some time to complete as the City works to make these changes neighbourhood by neighbourhood.

New signs will be installed at the entrances and exits to all neighbourhoods which will indicate when the neighbourhood area speed limits are in effect.

Access the interactive map that shows the “completed” and “coming soon” neighbourhoods. 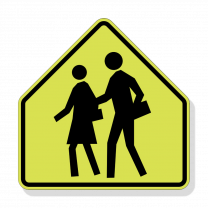 School Zone speed limits are being reduced from 40 km/h to 30 km/h in residential school zones across Mississauga.

All Schools Zones in neighbourhoods, including elementary and high schools, are being addressed in the same way under this project.

For schools located on most major roads, the speed limit will remain unchanged at this time. 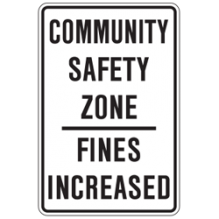 Many set fines, such as speeding and traffic signal related offences, are doubled within community safety zones.