Project updates for the Dundas Bus Rapid Transit (BRT) Mississauga East that will run between Cooksville and the Etobicoke Creek.

Construction of the first BRT segment is expected to begin in 2025, and includes dedicated median bus lanes with transit stops, traffic lanes, and an enhanced boulevard with cycle tracks and sidewalks. A construction schedule is under development and will be shared when available.

Led by the City of Mississauga, the Dundas BRT Mississauga East Project is the first segment of the larger Dundas BRT Project currently studied by Metrolinx, the provincial transit agency responsible for public transportation in the Greater Toronto and Hamilton Area. It is proposed along a 48-kilometre stretch of Dundas Street from Highway 6 in the City of Hamilton through to the Kipling Transit Hub in the City of Toronto. Much of this transit project is anticipated to operate in dedicated bus lanes, separate from other traffic, allowing faster and more reliable transit connections 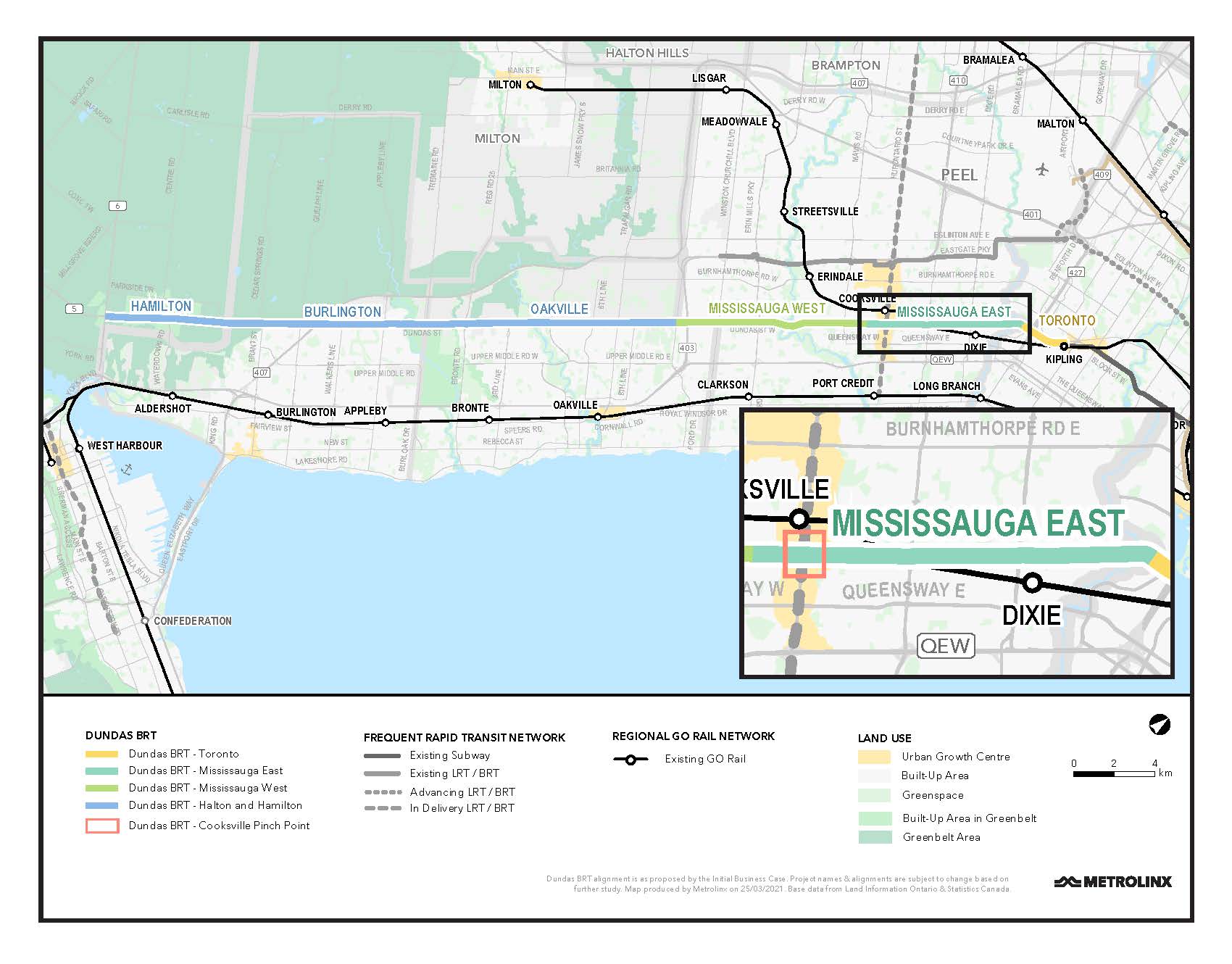 If you have questions about this project, contact the Rapid Transit Project Office at rapidtransit@mississauga.ca